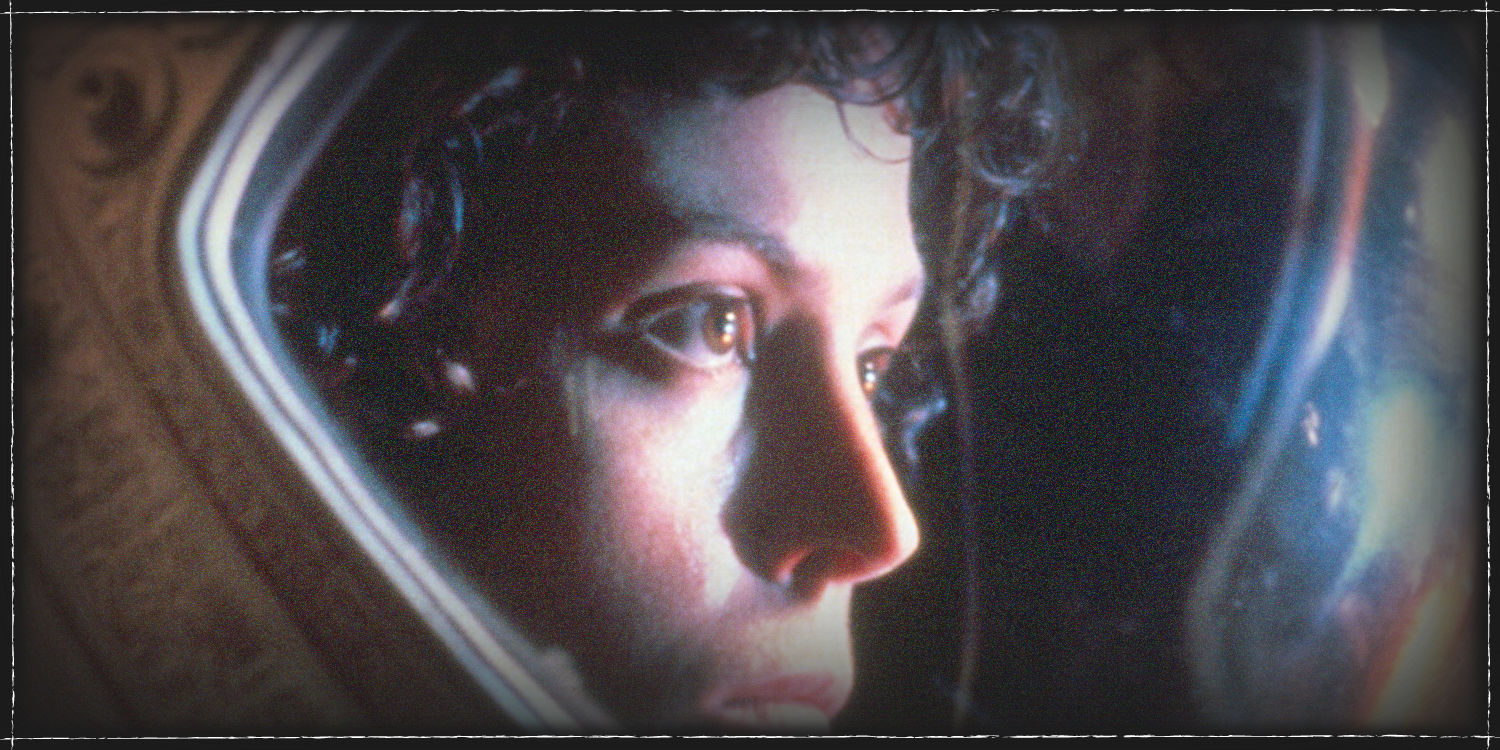 What can one say about Ridley Scott’s Alien that hasn’t been said since its eponymous release in 1979? It was a film ahead of its time then, with its design and use of technology, it’s embracing of genre and subsequent game-changing marketing campaign, sublime casting and almost certainly now, it’s longevity.

In watching this new 4k restoration of the original film supervised by its director, it is plain to see why this particular sci-fi horror-thriller has endured. It clearly has a lot to do with the vision of said director. The casting is exemplary, bringing together a wonderful ensemble of varied characters played by actors who are possessive of that special quality that elicits empathetic appreciation. The representation of ‘us’ as real people with real ambitions, needs and idiosyncratic notions of their self-worth is palpable. The character Lambert, played by Veronica Cartwright is a good example, more than once urging her colleagues to ‘turn back’ when other more adventurous types are eager to stride forward, to step into the unknown where they might discover new things. Additionally, Parker (Yaphet Kotto) is brilliantly realised, a brute of a workman with a close-to-the-skin temperament, who later displays a heart when faced with an even bigger threat than himself. "It's big", he says, "It's big".

Although, Warrant Officer, Ripley, the brilliant Sigourney Weaver is recognised as the protagonist, this is not apparent at the outset in a masterly conceived narrative which sees her emerge from the melee of chaos and eventually have the gumption to pit her wits against, first, the Trojan Horse android, Ash (Ian Holm) and then the Star Beast, as the Alien was to be called in early incarnations of the script famously written by Dan O’ Bannen and Ronald Shusett before Ridley Scott and the legendary Walter Hill took hold of the project designated to be the director’s second picture.

The excellent scan of the negative literally feels like watching a new movie that turns out to be a welcome vacation from today’s budget-conscious fascination with computer-generated imagery. Although H.R Giger snagged an Oscar for his special effects work, Michael Seymour’s BAFTA winning production design is literally out of this world. And yet, it is of this world, expertly designed and constructed to suggest visual and psychological presence, a ‘real’ landscape that is paradoxically, at once believable. This is certainly one of the film’s abiding positives working hand in hand along with visual effects exercised with restraint. This is not to say there aren’t flaws, mostly age-related technological fragilities, but none of this takes away from what is a remarkable film that stokes up post viewing mutterings of ‘a film from which standards are set’, a "masterpiece".

And that’s the point. Alien is a movie, but it is also a film. There is, within its relatively simple narrative, a thorough examination of the human psychosis, the battle between progress and survival. And Ridley Scott- much like another British filmmaker who sadly passed away recently, Nicolas Roeg, a master story-teller- approaches subjects with ideas that seek to analyse his characters’ vulnerabilities and instincts. Perhaps this is a trope of his past, an appreciation one finds prevalent in most of Scott's films, although subtle, a paean to the artistic side of the craft within the commercial necessity of movie-making, for which he was justly awarded a BAFTA Fellowship in 2018.

That’s probably been said before too.

A must-see for film enthusiasts and genuine movie lovers.