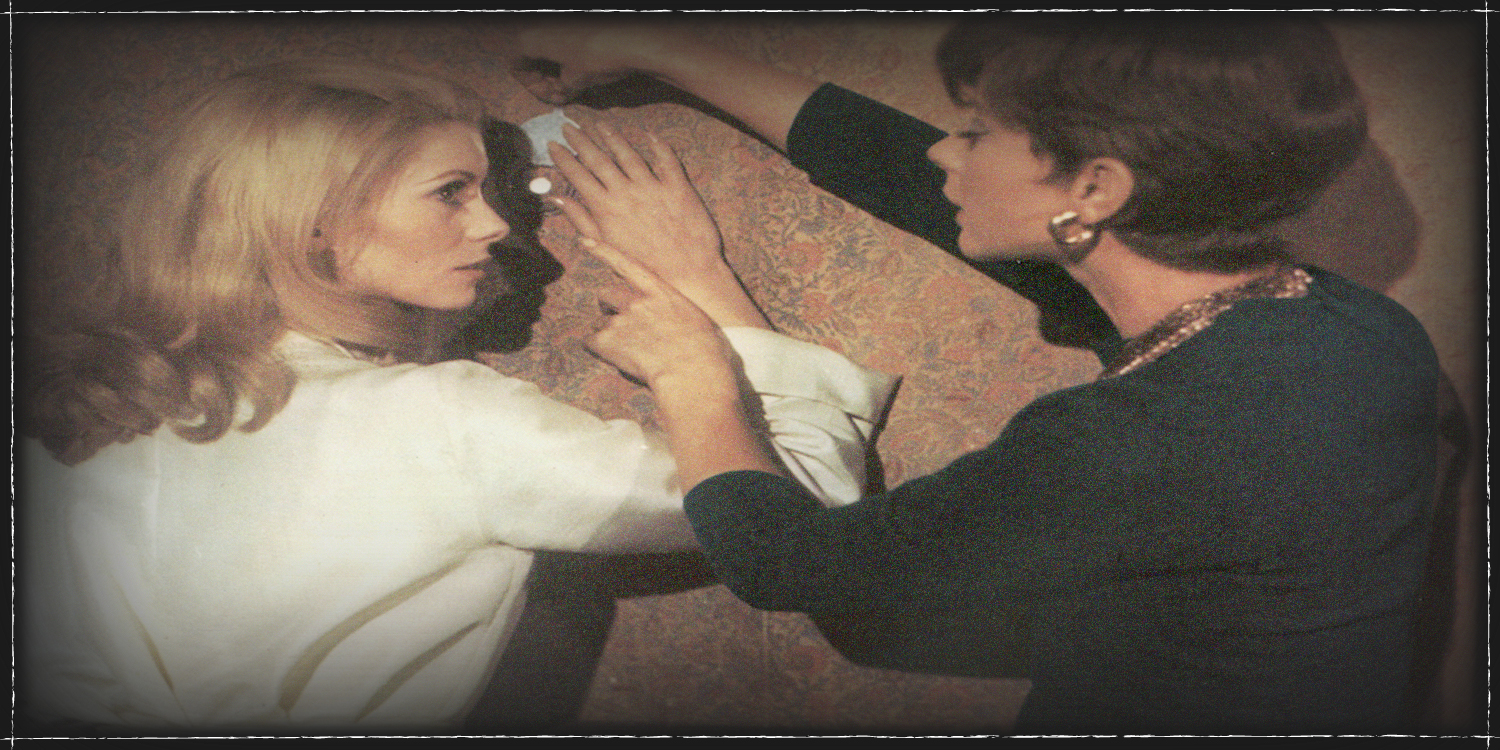 Far from a voyeuristic exploration of the theme, which was attempted in recent blockbusters, Luis Buñuel’s iconic film re-introduces an artistic vision of the infinite shades of female desire and sexuality to contemporary audiences, in its 50th anniversary 4k restoration.

Belle Du Jour,  Buñuel’s most successful film which won the Golden Lion at the Venice Film Festival in 1967, and now in its 50th anniversary in a new 4K restoration for it presents a compelling and provocative world permeating full of intrigue, vibrancy and dark humour. Proclaimed as his a masterpiece, the surrealist auteur’s adaptation of the namesake novel by Joseph Kessel, challenges and stimulates audiences not just with the experimentation in film form but also with the themes it introduces and the social conventions it derides in the story.

Making excellent use of the his now famous Buñuelian techniques which fuse dreams with reality, the pioneer filmmaker gives us the stunning, but detached and introvert Severine who is frustrated in a sexless marriage to a young, handsome, rich doctor. Underneath the flawlessness of her porcelain face and immaculate manners though, lies an abyss of fantasies and masochistic tendencies which can not be realised. When her enamoured friend Henri tells her about a high-class brothel, she finds the idea irresistible and secretly starts working there as a prostitute. The more she indulges herself into the liberating force of self discovery, the more complicated things get to become. One of her clients eventually becomes obsessed with her and displays signs of possessiveness. Soon after she is forced to quit her job and return to her previous life.

“Without this, I could not live” Severine confesses to Henri, trying to justify her choice. Paradoxical as it may seem for a woman of privilege to seek happiness and fulfillment in sexual humiliation, it is yet another instalment in the auteur’s recurring theme of attacking the controversies and hypocrisy of the bourgeoisie. Sex is explored as a process of exercise of power here, rather than an eccentric housewife’s intimate preferences. A more joyful, sociable and confident person emerges through this unconventional journey. A person aware of her own body, limits and contradictions and therefore more confident and empowered one. Her transgression is Buñuel’s expression of revolt against structures and middle-class notions in society and especially marriage, which fail to satisfy basic existential issues and on this occasion, Severine’s sexual life.

Catherine Deneuve totally dominates the film in her a legendary performance which won her numerous nominations, including a BAFTA for Best Actress in 1967. Having established herself as the ultimate detached, porcelain faced queen with a deep, complicated character in Roman Polanski’s Repulsion (1965), she elevated this intertextual persona to a whole new level. She takes the introvert, well respected, uber stylish in Yves Saint Laurent, Severine, through an infamous and unconventional journey of self discovery.

The absence of explicit sex scenes and the open ending are a testament of Buñuel’s brilliance. “This is what stimulated me to film the story. By the end, the real and the imaginary fuse. I myself cannot tell you what is real and what's imaginary in the film. For me they form the same thing." Louis Buñuel.