Prano-Bailey Bond’s debut feature film makes for a skilfully crafted, gripping homage to a sub-genre of the slasher horror of the 1980s, also known as “video nasties”. Rather than a reconstruction of the blood-soaked horror category for spectators of the post-web 2.0 era however, Censor allows a fascinatingly disturbing plot to unfold through its own, uneasy but weirdly mesmerising style balancing gory elements with humorous notes and the uncanny, underlying aesthetics of nostalgia for the giallo-esque, the psycologically suspenseful and the cinematic analogue. All in all it makes for a brilliant debut film and the mark of a very promising filmmaker. 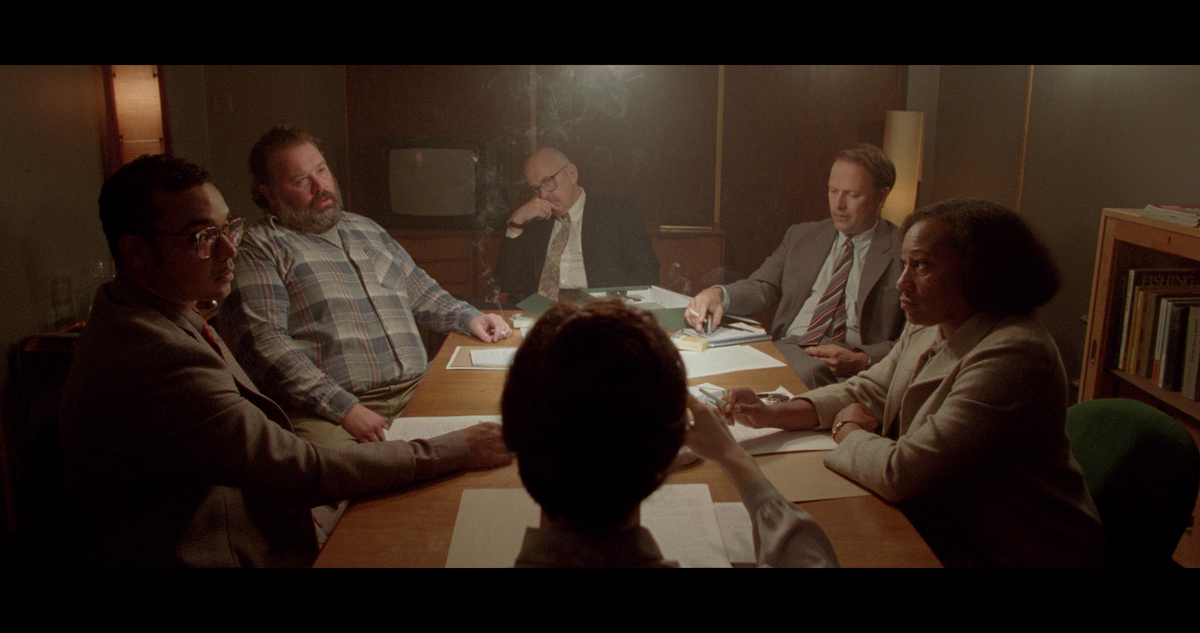 The story follows the life of a Enid Baine, a film censor in the 1980s played brilliantly by Niamh Algar. She leads a rather mundane life, deprived of any surprises or excitement until she is called to assess a particular horror film. She develops a strong interest, a fascination with the film which turns into obsession and starts affecting her private life, too. Things spiral out of control as her personal and working life start mirroring each other and blend into an intriguing route of no escape.

The eerie atmosphere and mystery-filled horror aesthetics set the tone right from the outset. As the opening credits roll, snippets of white noise and slightly distorted images, reminiscent of vintage-feeling VHS aesthetics, make a dynamic entrance setting the film within a self-reflexive past-present continuum; one that is emanating some kind of nostalgia for the subject matter itself but also the analogue expressions of cinema. Shot on 35mm, 8mm and video the film unfolds while occasionally glancing back at itself through the 1:33 and 2:39 aspect ratios, employed skilfully in particular sequences in order to serve the plot better. All these direct and indirect references to concepts and practices of filmmaking, aesthetics of the analogue, “feels” of the cinematic; and feelings associated with the organically cinematic -sometimes discreetly revealed through sequences and others frenetically rushing through scenes of intensity- form the unparalleled style of Bailey Bond’s film. 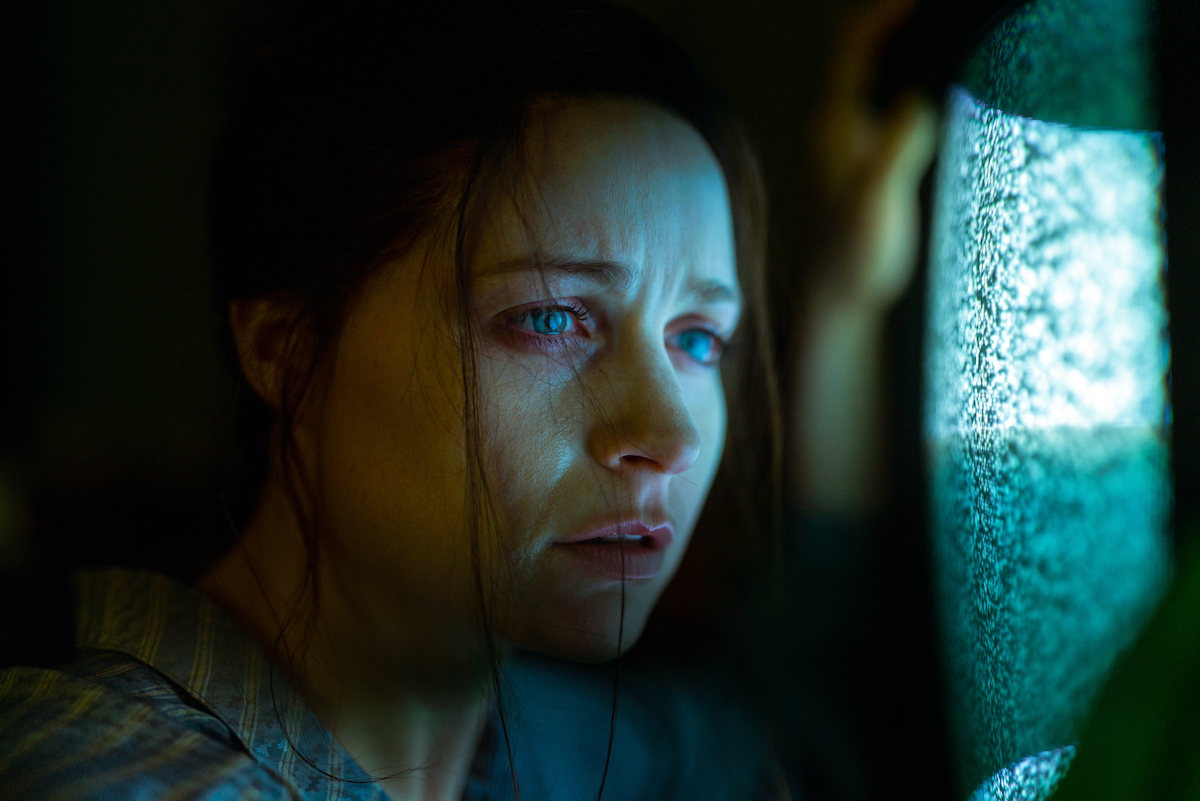 “Eye gouging must go. It is too realistic” we read in Enid Baine’s notes, while she is meticulously dissecting the scenes of a slasher horror film. With her steady hand and calm, focused demeanour she scribbles on her notepad the time codes for the cuts she thinks need to be made before the film is theatrically released. She is a reserved, sharp and efficient censor working at the British Board of Film Classification (BBFC) during the 1980s Thatcherite Britain. She appears totally unphased watching scenes from films as disquieting as the titles “Cannibal Carnage” and “Deranged” suggest, featuring the activities of a necrophiliac, cannibal serial killer among other equally disturbing stories. Despite her colleague’s objections she insists that a decapitation scene stays. It is not about the artistic vision of the filmmaker or the creative proposition of the film, after all. It is about risk mitigation and predictive crisis management. Enid’s notes, arguments, and propositions about the final cut of assessed films, are all about “protecting people”.

At the backdrop of blood-soaked scenes featuring soundtracks of protagonists screaming on top of their lungs, we witness her discussions with colleagues, followed by department meetings, and Enid’s own reactions emanating her immense sense of duty, against an epidemic of gory “video nasties”. These low-budget, slasher horror films shot on video, featured a disproportionate number of gory scenes, as the title suggests, and were quite popular a sub-genre, particularly within video club-centred fan networks. Either banned by the certification board or having received particular notoriety for their gory elements and blood-dripping plot, the videos were often rented under the counter to dedicated and trustworthy fans only. Their potential impact on video spectators and challenges to societal values of the time, made the genre the focal point the censors’ work.

Things take an unexpected and mysterious turn however when Enid begins assessing the film Don’t Go In The Church, by prolific filmmaker of the genre, Frederick North. The film appears to stir up intense emotions and for the first time she seems unable to control her reactions. Tears start running down her cheeks and flashbacks from her personal life blend with the scenes of the horror film. Fragmentary recollections of her young sister, who disappeared under strange circumstances when they were both young, disturb the matrix of her feelings, emotions, perception and the actual. Soon, childhood images of herself and her sister come to the fore demanding their part in the plot. Enid never quite came to terms with the disappearance of her sister and her presumed dead status, so much so that she rejects the death certificate which her parents have issued in an attempt to get a sense of closure. 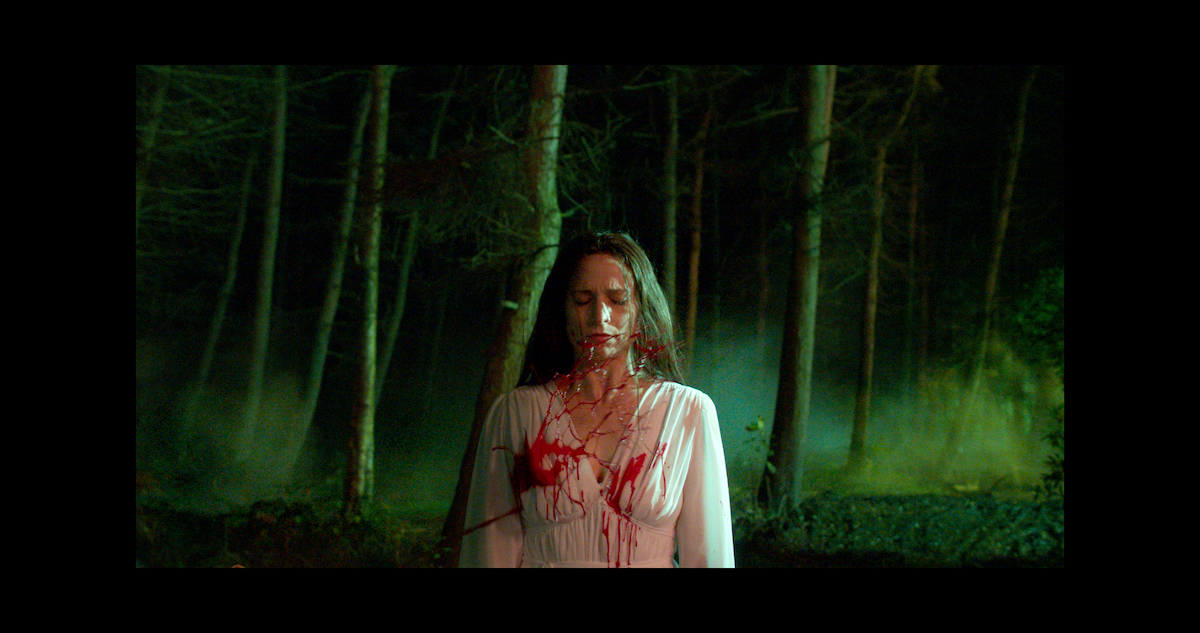 As scenes from her childhood, clad with a mysterious, occult-like atmosphere, interweave with the gory horror film scenes presented on the screen in front of her, tension builds up until Enid is no longer able to bear it. Reduced to tears and physically affected by the intensity of the scenes, she is overcome with emotions of guilt, sorrow, despair, and fear. The viewing and assessment experience acts as the catalyst bringing to the fore memories, hopes, questions, assumptions, and determination to act on all the of above. She develops a theory that her sister is still alive in the flesh of North’s lead actress. She makes it her mission to trace and speak to her, so much so that she finds herself on the location where her next film is shot. Things become even more complicated as Enid finds herself somehow involved in the film, taking charge of what happens in her life, the film’s plot, and on screen until everything culminates in the brilliant and memorable final sequence.

Despite its uneasy theme, Censor strikes an ideal balance between the slasher gory bits and the bland, odourless, mundane everyday allowing witty, humorous notes to surface effortlessly and alleviating the impact of scenes that make for an uncomfortable watch. At the same time, the choice to shoot on film and revisit the aesthetics of the genre serves the plot nicely making this a well worth watching homage not just to the particular genre, but also to the process, aesthetics and creative vision that only the cinematic analogue can offer.