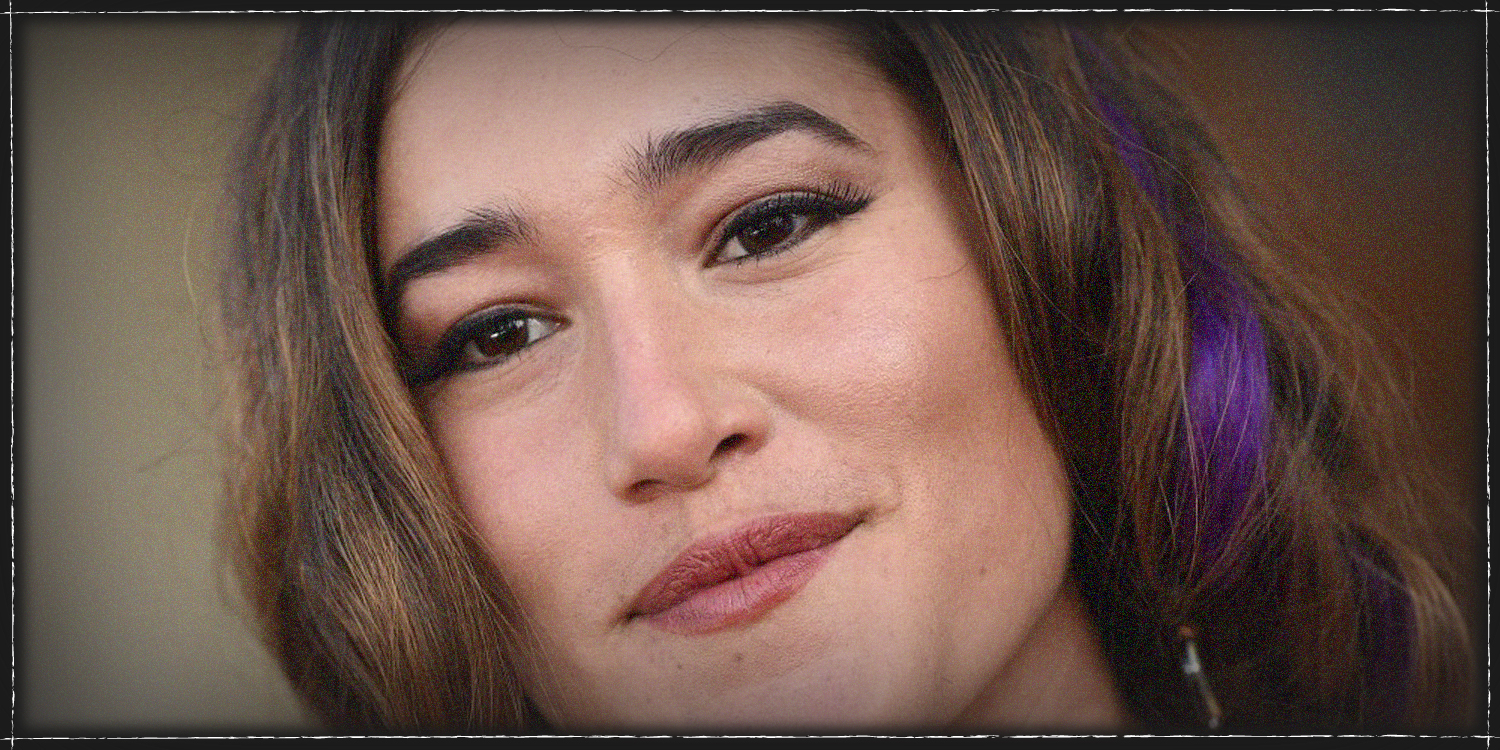 “I feel a great responsibility to use my public voice and the privilege of Celebrity as a tool and great chance to speak out for environmental Justice, Corporate accountability and Basic Human Rights.”

Her name means Golden Eagle in the Quechua language. At the age of 16 Q’orianka Kilcher emerged into the front ranks of young actors with her portrayal of Pocahontas opposite Colin Farrell and Christian Bale in Terrence Malick’s The New World. Her performance won her the 2006 Alma Award for best Latin American actress in a Feature film and the National Board of Reviews Best Breakthrough performance of 2006. She is a committed human rights and environmental activist who uses her voice as tool to bring the need for universal dignity, compassion and basic Human Rights, to the attention of the international community… She is the founder of  ‘on-Q initiative’‚ a youth driven human rights and environmental organization leading campaigns to connect young Hollywood with youth activist leaders and projects from around the world.

Is it true that you are currently producing a film?

Well I am currently working with Greek director Dionisios Zervos on an independent film called Rock Point, which I’m also helping to the production. He is really a fantastic up and coming Director with great artistic vision …. He reminds me a bit of Terrance Malick, especially in his poetic way to tell a story and his ability to capture spontaneous moments. I really believe in his work and hope we can film his next film in Greece! I would love, love, love that ! Also, if there are any other directors in Greece or Cyprus would want to work with me, that would be a great honor.

How “brave” is it to enter your own “New World" by building your own production company? And how did you decide to take this step?

How “brave”? Hehe! Not sure, but scary? Very! I mean it is a new world entering into the business of producing Films, especially because I don’t like the financing business very much! But it was a leap of faith I wanted to take since I found myself coming across so many important and meaningful stories and scripts out there in the world that need to be told, but aren’t, because they are not big blockbuster Hollywood films. Through my production company iQ-Films, I am hoping to help bring some of these stories and ideas to life and support some of the amazing writers and directors visions. We all are important pieces of a puzzle, and we can achieve amazing things through collaboration. Of course, we all hope for a solid investor to collaborate with! And that is one of these difficult things. But where is will there is a way…And sometimes you have to just start doing things and then others will join, once they see that you are determined to succeed.

In which ways do you think Film could become another way of positive activism? An alternative way of bringing attention to environmental and human rights issues?

There is an amazing power to film. And Young Artists have a great opportunity to be media warriors and use their youthful rebellion for the positive. Through our work and the power of Film we can give voice to the voiceless and shed light on many of the relevant issues facing our world to the attention of the international community. I believe that it is up to this young generation to keep the commitment towards positive change alive, and ignite it in those who have lost it. For me, as a young indigenous artist in this new age of film and technology I feel a great responsibility to use my public voice and the privilege of Celebrity as a tool and great chance to speak out for environmental Justice, Corporate accountability and Basic Human Rights. Film is an amazing tool to do just that.. Because Watching is believing…. Images can touch all of us in a deep way...

People are indeed affected by "seeing" and "believing", but do you think they are motivated enough to act for environmental and social issues?

Well, while we are living in a time which demands us to urgently to pay attention to such things as Climate change and Global warming, we also live in a time where there is a clear climate change and shift in human consciousness and a global warming of hearts! All around the world, more and more young people are raising their voices and the bar on environmental and social activism, re-kindling the dream for Universal dignity, compassion and a greener tomorrow. We are at an important tipping point where we have the opportunity to step up to the challenges of the Future and own responsibility for the actions and choices we make today, through our commitment to positive social and environmental change, within our selves, our communities and globally. We have all one common need … a clean healthy environment!

What career advice would you give to an emerging filmmaker and an actor?

I think the most important thing is to take initiative have courage and dream BIG! It’s important to create your own opportunities and take charge of your own life as an artist. Don’t wait for someone to give you ‘opportunities’. You need to create opportunities for yourself! Once you have something going and things are rolling, people will notice that you are going places and will want to jump on board. We as artist need to be rebellious against failure and we have to ask ourselves, how do I have to be, in order to see that world I want to see. Because most important thing is that we are successful human beings ... being a compassionate, caring and good person is far more important than having a successful career. Some things don’t have a price, they have Value!