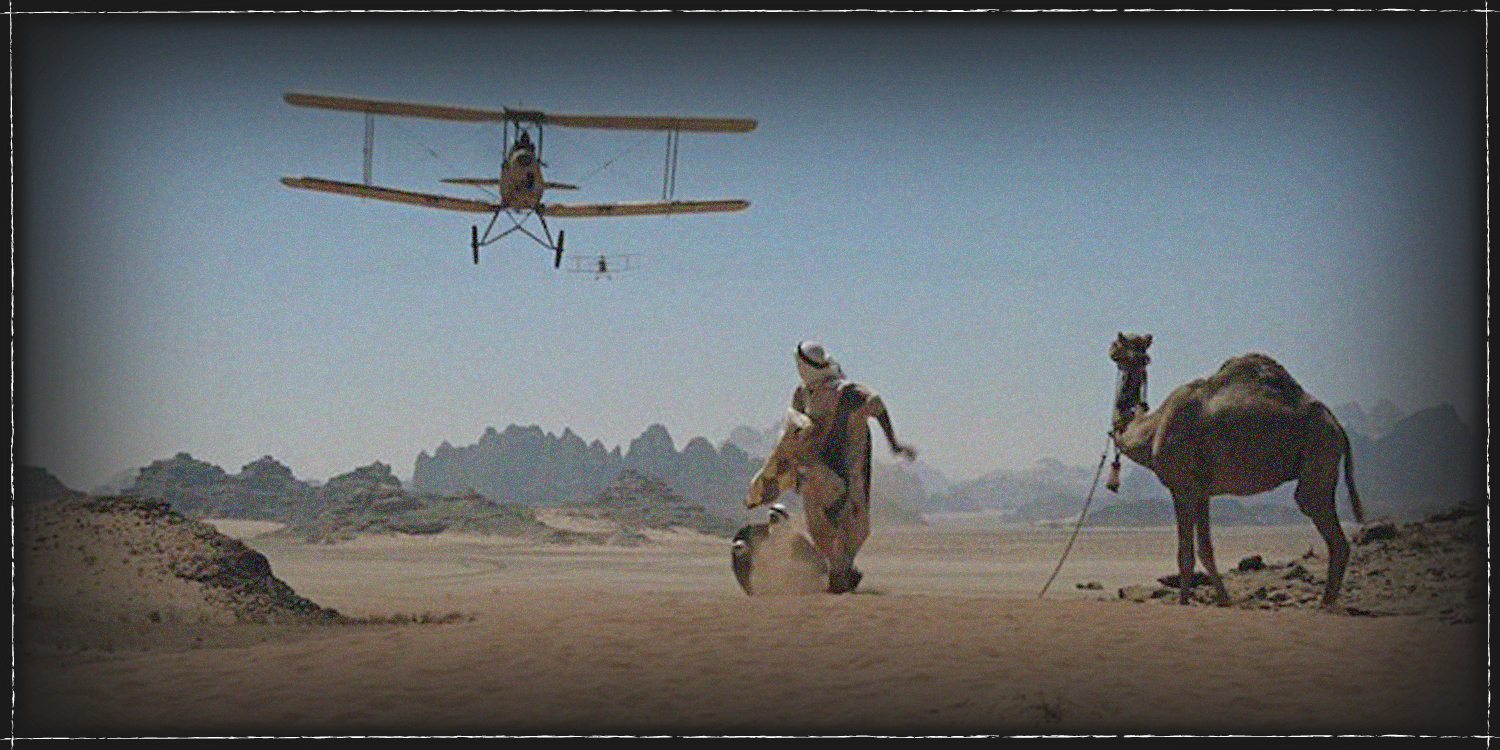 “Look, a pillar of fire”, says the youthful Peter O’Toole in the title role, to which the reply comes, “No, Orense. It is dust”. Just one of many acutely observed exchanges in David Lean’s cinematic master work, Lawrence of Arabia, re-released in its restored 70mm print.

Although on the surface a simple point of view biopic, it captures a multiplicity of ideas in theme: the western academic view of ancient Arabia against the indigenous articulation of its reality, its toughness, its homage to the constant struggle of survival from all of Mother Nature’s ugliness – the "Sun’s Anvil".

At a healthy epic-length two hundred and forty minutes including prologue and intermission thrown in for good measure, one could baulk at what might be a marathon event. But Robert Bolt’s impressively intelligent script adapted from T. E Lawrence’s own tome Pillar of Sand is as taut as one could hope for an epic film story. And epic it is, covering a turgid part of the Second World War – Europe’s manifestation of their imperial economic war into Africa and the Arabian peninsular.

The film- I hesitate to call it a movie or ‘flick’ - Patrick Fahey of the BFI describes in the programme notes of David Lean bristling as the Duke of Edinburgh at the premiere described it so– is a masterclass in storytelling. It carefully constructs the narrative around a self-deprecating, brilliant and scholarly man caught up in the war and extrapolates how he eventually becomes consumed with his own obsession to clean the ‘pure’ desert of politics, notably the anticipatory land-grabs and conquests that he foresaw and at the same time discover himself.

Watching the film again, which I first saw as an eight year old, I found myself hooked as I was back then some thirty years ago. It prompted the same feeling and then I realised that it is possible that my children’s children will also see it and respond in like manner. The film is a work of transmogrified beauty, yet, through all its creative accomplishments it is also possessed of a potent political prophesy that we see all too well playing out its course today. Lawrence despairs as he tries to help he Arabs to secure their own self-determination as told in a scene where he convenes a makeshift Arab council only for the different tribe leaders to throw barbs at each other across a long table: a fire burns and no one will lift a finger because the water pumps are controlled by one particular tribe or another is wholly apt for today, except one might exchange barbs for bullets. A few shots later we see the British General Allenby, at that point politically moribund, staring out through the window at a steady train of camels carrying ‘magnificently’ dressed natives as it cascades along the streets of Damascus, its citizens left without an administrative body. It is poignant, depressing and prophetic particularly when witnessing what we see today around the Arab world. I was left wondering what the reaction to this film is in Arabia if it is ever screened there. Seeing countless spurned opportunities paints such a wretched and sorrowful picture that it leaves a bad taste in the mouth as to what the region could have looked like had their bold, yet crude attempt at democracy been successful: if one brave leader had put up his hand and volunteered as an engineer to run the water pump. Of course what followed this dysfunction was palpable western interference, military interjection and political manoeuvering that has defined the whole plateau as a hotbed of sectarian religious and cultural intolerance.

All that being said, the 70mm cinematography by Freddie Young is mesmerising, John Box’s design awe-inspriring, the casting impeccable. Peter O’Toole won an Oscar for Best Actor but his is not the only stand-out performance: Jack Hawkins is wonderfully humane as Allenby with excellent turns from Anthony Quinn, Omar Shariff, Arthur Kennedy, Anthony Quayle, but for me the charmingly subtle and exquisite presence of Claude Rains as the diplomatic Dryden is a joy to behold, and quite frankly, I for one, am glad he ‘didn’t stay in Tunbridge Wells’.

Regularly polling high as one of the films of the century- this particular 70mm print of Lawrence of Arabia was restored with the help of leading directors such as Steven Spielberg and Martin Scorsese no less, and ratchets up a remarkable distinction as being a movie (sorry David) and a film. It’s a paean to cinema art with its stunning vistas and all too famous cinema moments: a burning match hard cutting to a desert dawn, Omar Sharif’s two minute entrance into the story, a ship seemingly sailing through the desert. The acutely worked story, allows the character to evolve almost naturally on the screen: an educated man, perhaps a genius, Lawrence becomes an unerring participant in the empiric and prejudicial attitude towards the natives in order to get what he wants. Thereafter his frequent and unexpected successes make him appear almost invincible. That is, until a pseudo masochistic, homo-erotic encounter with a Turkish officer exposes his verdant vulnerability, changing him forever. This film has everything any serious film lover would want to see in a film and nothing beats seeing it in the manner and original format upon which the director intended. There is so much detail in this film which manifests itself on each separate viewing that two words are elected to sum it up: unbeatable cinema.

The film is presented in its newly restored 70mm glory at the BFI, from 22 September 2017, and selected cinemas across the UK.