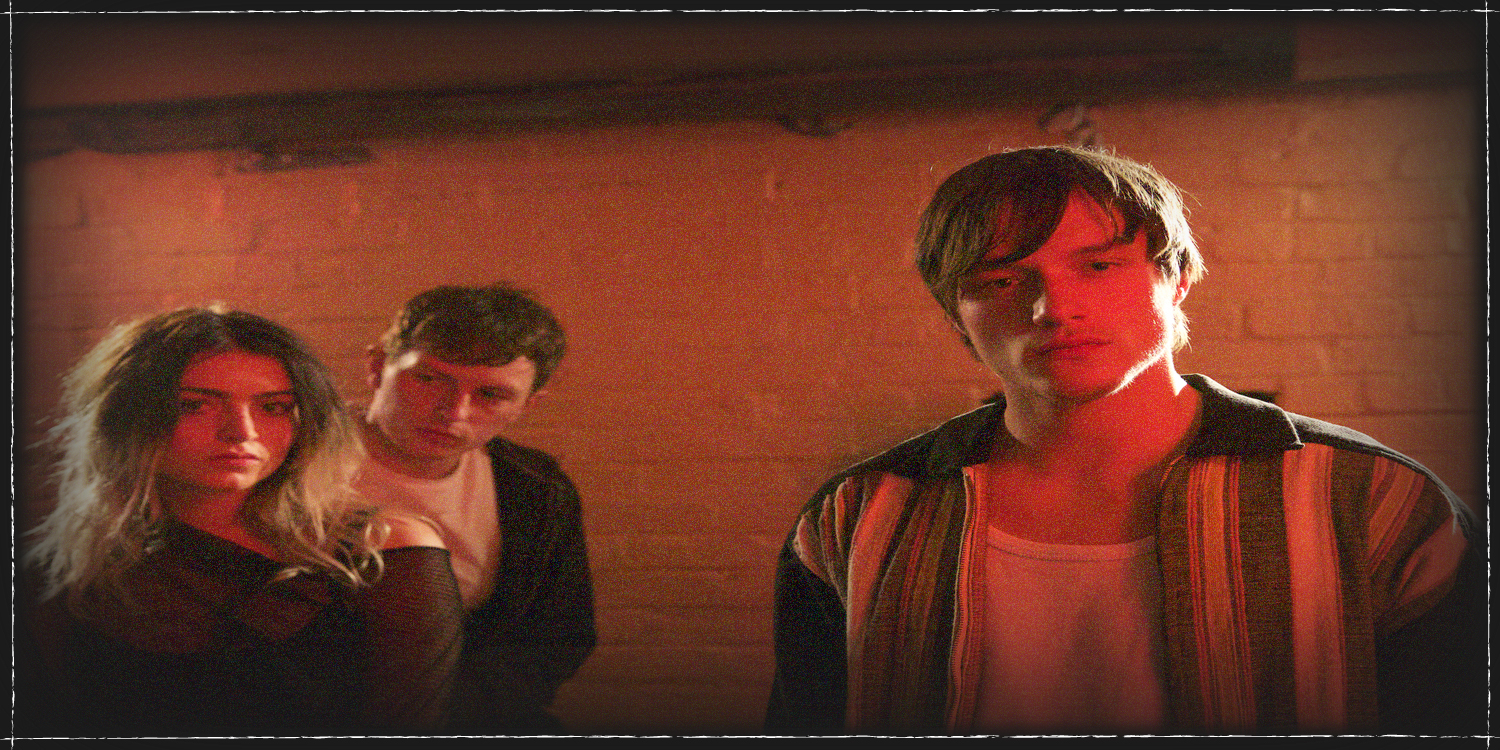 Moon Dogs ascribes to be a Celtic coming of age tale that sees a musically inspired teenager, Thor played by Christy O’Donnell struggling to come to terms with his father’s new invocation into a new family in the Shetland Islands. When his live music debut gig on a Celtic night fails he seizes the opportunity to run away to the mainland to find the mother who abandoned him as a youngster.

Meanwhile his lovelorn step brother, Michael (Jack Parry-Jones), whose girlfriend recently left the islands to study in Glasgow, decides to accompany him when he suspects his lover of taking to university life a little too much for his liking. As they set off on their journey they meet a pretty singing waitress, Caitlin (Tara Lee), who also harbours plans to get to the mainland to take part in a singing competition. And thus our unlikely threesome embark on a quest, overcoming a series of hurdles and mishaps such as lack of cash, transport and divergent personalities to ultimately rendezvous in Glasgow to pursue personal goals. Of course along the way, finding out things about each other and themselves.

I can credit this film with at least one thing: other than being an occasionally pleasant whimsical jaunt, it became a conduit for launching a discourse on the nature of cinema and its various manifestations, from late nineteenth century scientific experimentation to wonderment in the circus arena through to its vague acceptance as an art form. A valiant history to have as fulcrum prior to an eventual transmogrification into a commercial propaganda tool - in short a selling format.

Celtic cultural tradition was clearly an intentional theme of the producers and perhaps the stick from which the financial carrot dangled, albeit precariously. I would be remiss if I was to say there wasn’t an interesting film in there somewhere. The young actors performed adroitly, particularly Tara Lee, edgy and possessed of a wonderful singing voice and Christy O’Donnell, a handsome, brooding presence.

But by and large I couldn’t help but wonder what this film might have been had it been more adventurous and possessed of a more distinctive narrative. The scene where Thor confronts his estranged mother stood out as genuine and authentic conflict but there was too little of this in Derek Boyle and Raymond Friel’s hackneyed and overly contrived script which was laden with injections of pubescent banter and sexual tomfoolery weaved around the multiple themes. Yet there is something interesting and pervasive to be found here. As the new, larger corporate television networks subsume elements of cinematic film production into their production models, i.e., budgets, scripts and talent, our supposed cinema conversely on the other hand, appears to be heading in the opposite direction. This is worrying for what it says about the future of UK cinema, already struggling under the yoke of inherent underfunding and cultural dissolution.

The obvious low budget could explain the lack of cinematic flair but I’m not sure this can be a viable excuse for what is ultimately a shallow story held together by a ‘join the dots’ filmmaking manacle culminating into a wasted opportunity.