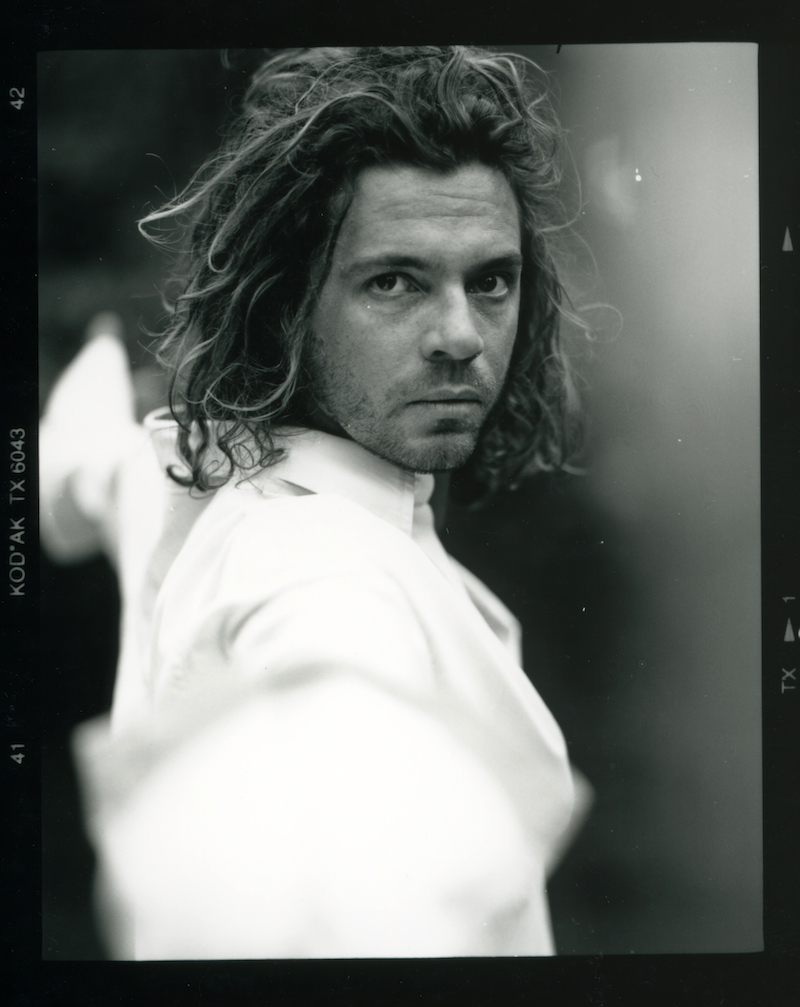 There's no doubting the quality of the music. The mix of pop with its skeletal R&B influences permeates throughout the film, extolling the inevitable question of artistic integrity versus tragedy.

A shy youngster with unseen, unnoticed talent somehow hooks up with a bunch of guitar strumming, Nirvana-enthused pals and somehow, it clicks. He can sing. The sound is right, the timing perfect. They quickly begin to make waves, albeit in the unfancied Antipodean cultural desert. They secure a manager who is ambitious enough to insist on only working for them on the basis of the international market. It’s a dream come true. Perhaps destiny. Before long, the record companies get onboard and the industrial recording business beckons, marketing, selling, promoting the bigger venues and stadiums; the tours get longer over longer distances. And amongst all of this heady stuff, the hard work, creating the music and producing the songs, the art.

It's been a whirlwind. Then, the pause. Then follows the introspection: The young man in his mid twenties known worldwide, no want for lack of money, what does it all mean? Who am I? Then the realisation that these questions have only just been put on hold while the distraction of pop stardom got in the way. He must now deal with his split relationship with his father and mother. And his guilt over his brother's long dalliance with drugs - blaming himself for not bringing him along for the ride, or even encouraging his own creativity. And of course, his own compulsive love relationships.

The slightly overlong examination of his and the young fellow Aussie, Kylie Minogue's love affair felt more opportunistic than revealing.

Much more was gleaned from his match-made affair with supermodel Helena Christensen. Here we witnessed his third party tailgating on her A-list celebrity lifestyle, the travelling from exotic villa to villa, the star-filled dinner parties. Entrapped in this bubble eventually leads to an innocuous street encounter with a taxi driver, an encounter that leaves him in hospital with a possible brain injury. He wakes with no sense of smell.

The realisation of the implications of this sees him, against medical advice, discharge himself from hospital. It’s as if he knew that what had occurred was a culmination of his own hedonism and that he had lost something important to his artistic creativity. It is telling when his former band mates recognise his attitudinal change, his quick-fire temper, attributing it to the injury that is said to have changed his personality forever.

Entering the final act sparked the film into life. Hutchence’s instant rapport with TV presenter, Paula Yates, then the wife of Sir Bob Geldof. Their long drawn out affair allotted a ‘royal assent’, played out in full view of the public and laying bare the shreds of a glitzy pop marriage, an awkwardly handled tryst that fair gallops towards tragedy- leaving in its wake a series of damaged lives, not least the children – although this element was gladly not made a factor in the film.

A must see doc for INXS fans or followers of the musical career of Michael Hutchence. Although Richard Lowenstein’s film is well constructed with excellent post production, notably the soundtrack, there appeared to be an overly controlled dissection of the many hours of home movie footage and broadcast material whereby the extremity of Hutchence’s life was somewhat reigned in to focus on the celebrity angle. Notwithstanding that, a section examining his relationship with his father was poignant and resonant and perhaps a similar investigative approach into his apparent willingness to ‘sacrifice’ himself publicly when pursuing his affair with Yates would have raised the bar. And yet, this concise account will almost certainly hold interest for those wrapped up in the faculties of pop culture, carrying, as it does, a health warning about the darker sides of fame, how promised riches of glamour and profile come at a cost.