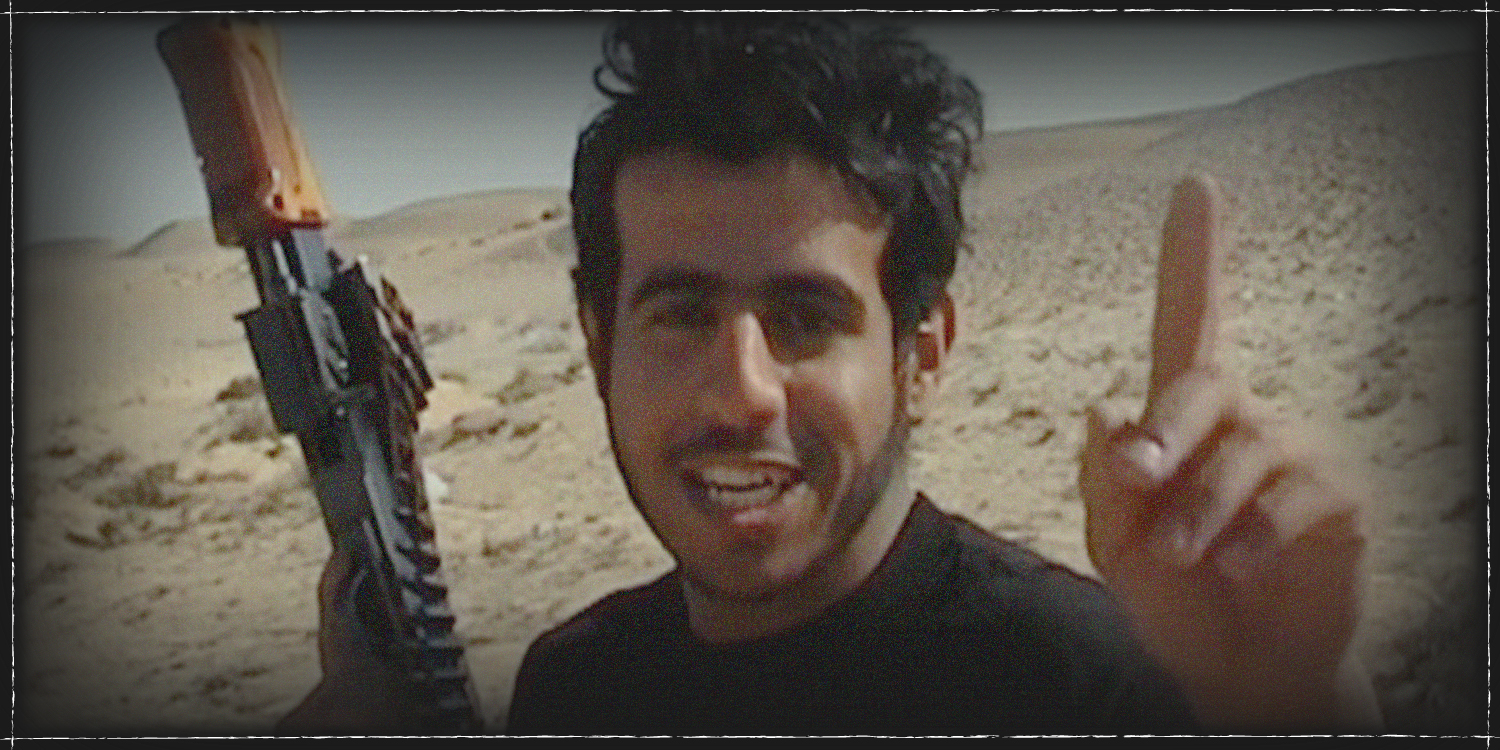 This was intriguing. Not least because of the revelatory fact of five hundred hours of shaky video footage purporting to have come from within the ranks of an Islamist terrorist cell. Or by a pitch that proscribes an insight into the people that will happily join up to fight jihad, knowing that there is a strong possibility of their own death, in fact, it is almost an inevitability. Even the somewhat copious amount of gunfire, explosions and corpses couldn't curtail my initial paradoxical fascination with the idea of this film.

The beginning was spellbinding, a young man, early twenties, clearly poorly educated, urged to say something about his mission, goaded on by an erstwhile unseen camera technician as he struggles to put the simple words together- the inference being that he is none too bright. But who was this young man? What did he represent? What did he think about the world? About himself? Displaying an awareness of his own lack of vocal dexterity he brushed aside the insistent camera operator’s demands, flipping between smirking, smiling and an irritated seriousness. The camera zooms into his face, a phalanx of inhibition, his inadequacies captured for the world. In a wave of the hand, he cuts the frame, ‘Stop. I don’t want to do this anymore’.

Perhaps he felt it too, at that moment. The moment of realisation of what he was tasked to do. We, as an audience in the future looking back, certainly felt it in the cinema auditorium. That moment. However, this young man’s apparent nervousness wasn’t because of a conscience pricked by the heinous crime he was about to commit. Far from it. His hesitation was because of how he wanted his profile, his image to be perceived thereafter. By whom, God, the world, his family and friends, I know not. But it was clear, this is where he felt his shame. His ego.

A quick look back in history one can easily conjure up a sort of rationale behind the idea of being cajoled or coerced, brainwashed one might say, into becoming soldiers- warriors they call themselves. Wars are not fought in a year, or two or three, or even fifty. But over hundreds of years. Take for instance, American Colonialists skirmishing with British Empire Forces in the Eighteenth century or Ho Chi Minh’s Viet Cong revolutionary army in 1960’s Vietnam. Perhaps this gives some insight into these so-called terrorists’ aberrant decisions, the ‘pursued’ aiming to become the ‘pursuer’.

I was reminded of another unconnected film made by a German based Russian filmmaker a few years ago who had also come across hundreds of hours of material shot by terrorists, Chechen rebels in this case. This particular filmmaker used the opportunity to explore the incumbents’ motivations, their lives outside of the conflict. One might not agree with their actions but there is traction in attempting to understand why they would choose their disastrous course?

Images of bombings, shooting and dead bodies is not a difficult sell. It is imagery well known to us, a marketable horror phenomenon that preys on our fear, in no way shedding light on the reasons why these people who have families, like us, are from communities like the ones we live in, can readily sign up to participate in suicidal missions to kill people much like their own. There was an opportunity to really delve into the mindset of what makes these young men and women decide to, in effect, throw away their lives in a vain attempt to overthrow perceived systemic society. But this was somehow overlooked in the scramble to sell. 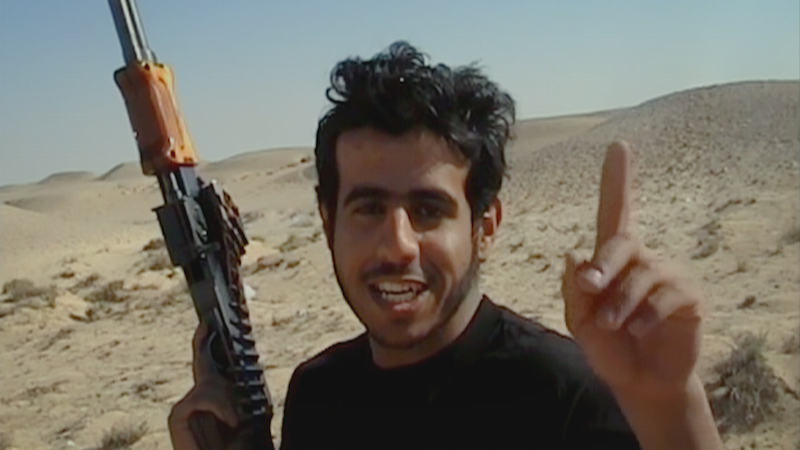 The young man the filmmakers sought to lampoon in the beginning as being ‘not very bright’ was, in my opinion, more or less equal in intelligence to any soldier in a professional army- apart from operating in the shadows with less financial and political support- yet in some ways more driven by latent ideology. Director and Producer, Jonathan Hacker went for the obvious. If he had plans to perpetuate pre-existing ideas then he has been very successful, although it doesn't make for comfortable viewing. Maybe this is what he wanted: to remind us of what the western world is fighting against: an undeclared war brought to the silver screen in beautifully restored analogue and low resolution upscaling? Technically, you can’t fault it.

The film is based on his own book of the same name and perhaps within the text there exists a more cognitive deliberation of the facts because in reality, one learns very little about the real goals of people at the centre of the film, those mostly unseen - on both sides. A nascent contextualisation of the political ambitions of the primary actors- again on both sides- might have proved more rewarding. The terrorists, although banned in almost every nation on the planet seem to always have sophisticated arms and training beyond the jungle or desert training camps. They appear to travel with impunity and possess detailed intelligence of sensitive facilities and government operations. Crude, their assaults might be, but ostensibly there seems to be very little difference in professional military escapades by those we laud.

Ultimately, if explosions and gunfire, mangled buildings, burnt corpses interspersed with CCTV and security images are your thing then this documentary, narrated in parts by the smooth tones of Samuel West hits the spot. Despite the odd scene witnessing Al Quaeda recording their own planning methods, including a scene depicting an audacious attempt to kill a high ranking member of the Saudi government, I found myself wondering if this ninety minutes was the best storytelling that could be mustered from five hundred hours of Jihadi home video footage and why the overall lack of substance spoke much louder than the artillery? A famous actor once declared ‘When performing on the stage never play the sub-text. Play what’s on the page’. In this case a little playing of the sub-text might have made the silver bullet hit its mark.