Small Body presents an aesthetically compelling and cathartic folklore tale; a woman’s visceral will to reconfigure the destiny of her child and herself. Emanating the beauty and eeriness of the natural, symbiotic bond between a mother and her child, Samani’s powerful debut feature film unfolds naturally and very fittingly at the backdrop of the stunning landscapes of Northern Italy. 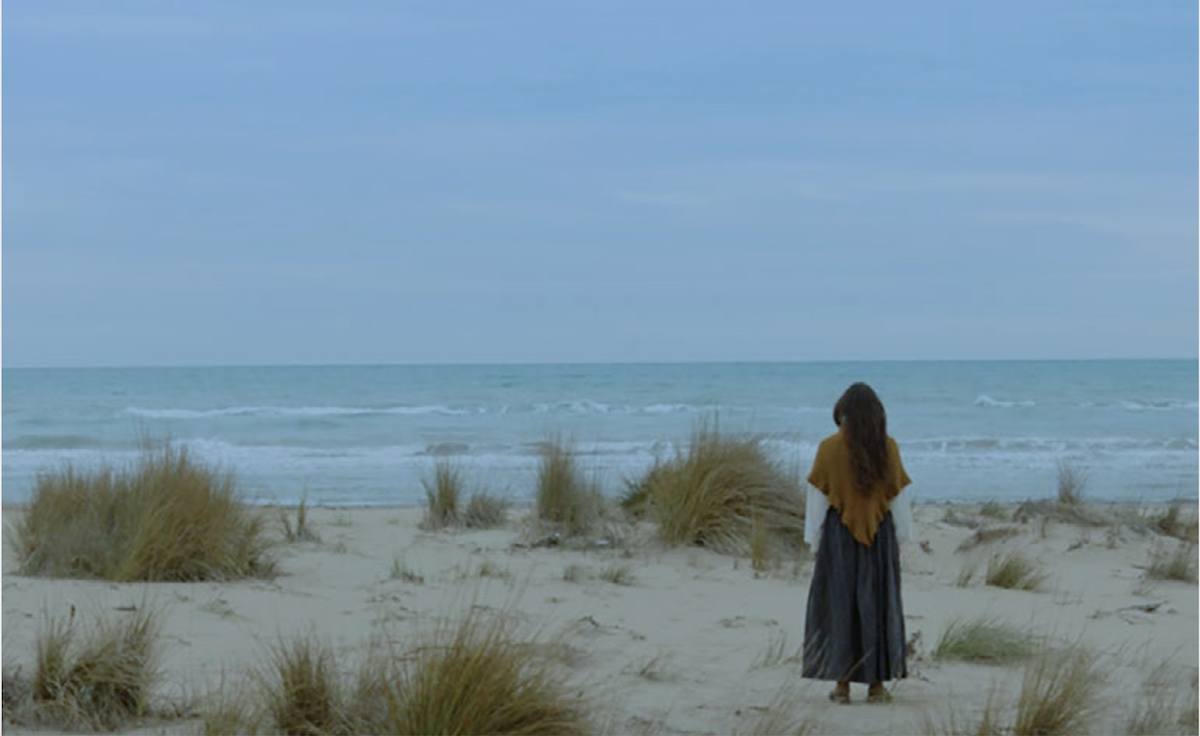 The year is 1900 and Agata, brilliantly played by Celeste Cescutti, is a young, pregnant woman who lives in a small village by the sea. When she goes in labour, she delivers a stillborn daughter. “Your body will forget” she is told by the local midwife, but Agata appears determined to provide some level of care for the lost infant before she can allow her body to do that. She is driven to give her daughter a name, an earthly sign that she existed in this world. With the official rituals of the organised church offering no provision for a stillborn child being baptised however, Agata finds herself in despair. Withdrawn and sunken in grief, she is consumed by the thought that the soul of her unbaptised child will be forever lost in spiritual limbo. She is then told about a remote church in the mountains where the baby can be miraculously brought to life momentarily, just long enough for it to be baptised. With this information igniting a dim spark of life in her, she picks herself up, takes the baby’s body and embarks on a journey to a save its soul. She soon encounters the first difficulties when she is lost in the woods only to be found by Lynx, an enigmatic young boy who decides to accompany her while constantly trying to figure out how he can benefit from her and the situation which is constantly changing. He is quick to spot that he could get Agata to work as a wet nurse in a nearby town, so that he can earn a commission. Things take an unexpected turn though when they are attacked by bandits, and both Agata and Lynx are obliged to follow a path full of twists and turns, changing course en-route to their final destination which will prove to be cathartic for both of them in many ways. It is during the challenges they face in that course that secrets they both keep are revealed and they start develop an understanding, respect and strange sense of kinship with one another. 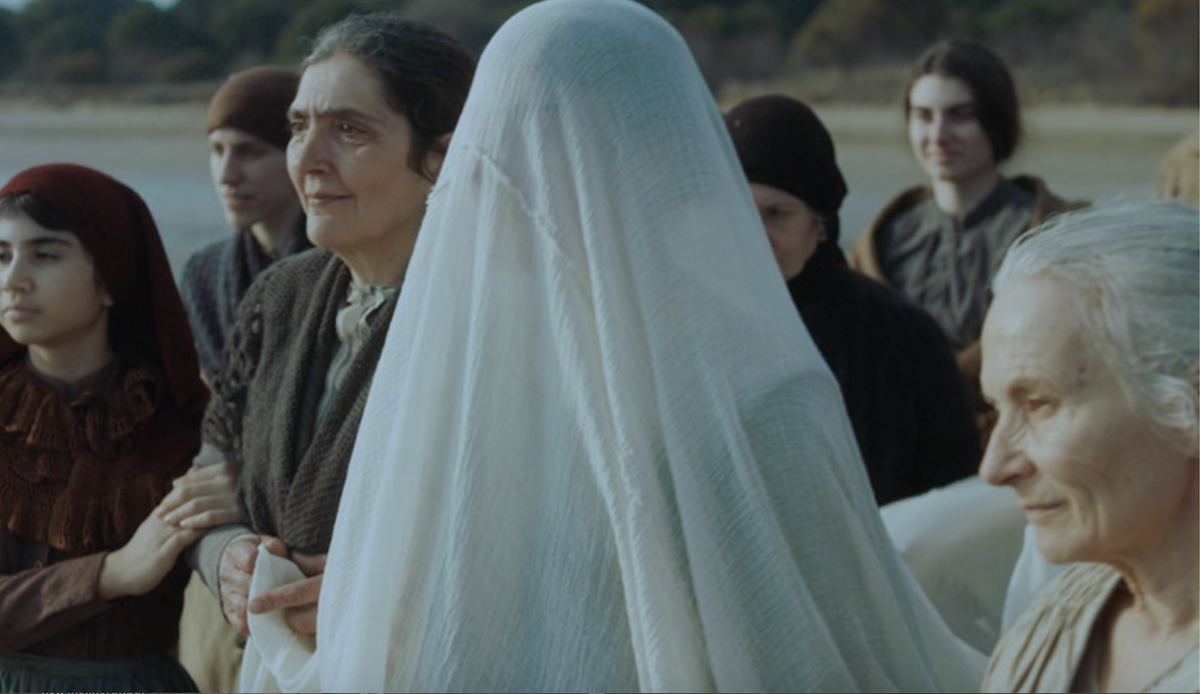 An alluring tone of mysticism, rooted in the regional folklore of North-East Italy at the beginning of the 20th century, is set right from the start of the film. With beautiful mise-en-scène, the opening sequence presents Agata in a form of local ceremony covered in a crisp white muslin cloth walking slowly towards the sea with a traditional female chorus surrounding her. Their earthy vocals sound as if they have emerged through a rupture in space and time and blend with the sound of the wind and the sea, connecting the blessing ritual they are performing with primordial times. The women make a small cut in Agata’s hand while asking in unison for the misfortune to go away and the blessings of Virgin Mary to be bestowed upon her. Agata washes her hand in the sea to cleanse the wound and enact the blessing. Soon after she is in labour. The vibrancy of the previous scene is followed by dark eeriness and stillness. The peace in the quiet, candle-lit room is interrupted only by the occasional crackling of the wood in the fireplace and Agata's culminating screaming; followed by complete silence.

Celeste Cescutti carries the film, as the lead actress, with poise, tenderness, and elegance, but also the essential glimpses of simmering passion, which bring to life the journey of a woman coming out of the confines of measured grief and the predetermined, stereotypical role which her deeply religious community assigned to her. Agata struggles to come a place of strength and choice for herself and her child and Cescutti very skilfully shows all the little steps and twists of this transforming journey, in her captivating performance. 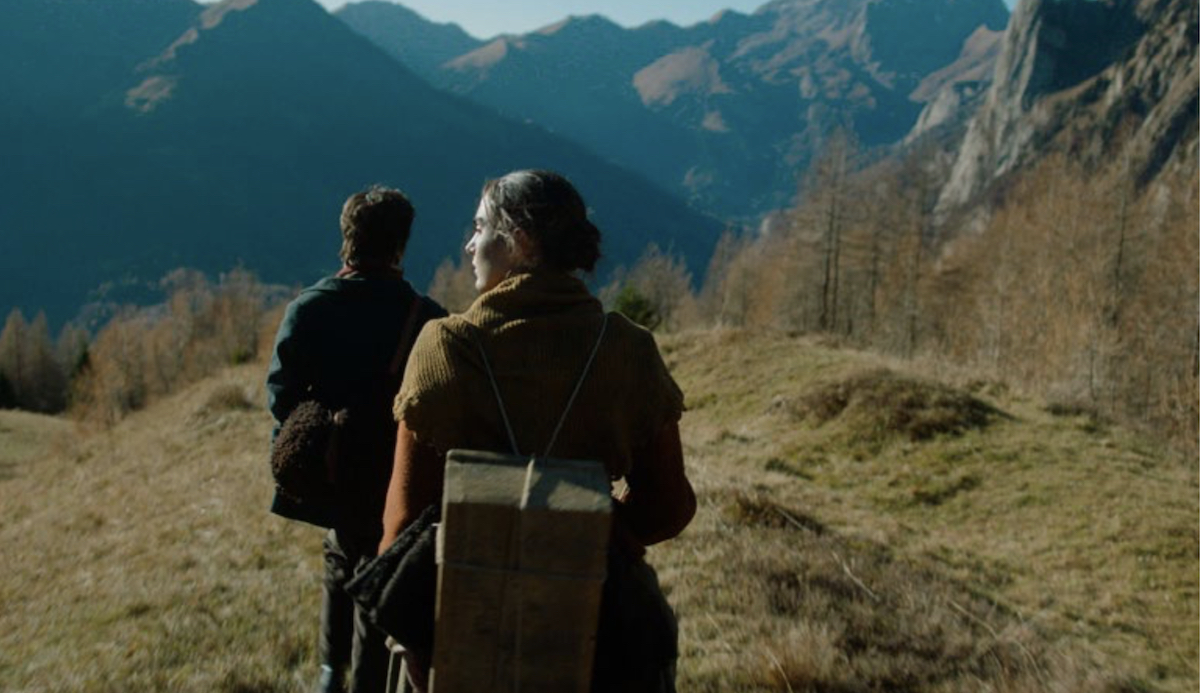 Shot entirely on location in the area of Friuli Venezia-Giulia the story is based on a centuries-old lore, which held that if stillborn children were taken to special sanctuaries they could be brought back to life for a single breath; just enough for them to be baptised so that they can be given a name, an identity. Many parents, like Agata, took up the mission to save the souls of their children, in what was quite a widespread phenomenon up until the beginning of the 20th century. By employing a mix of professional and non-professional actors speaking in local dialects, the film emanates a strong sense of authenticity and timeless connection to this special ritual, the people, and place.

The emotive power of this primordial story is very skilfully brought to life, in Small Body with the cinematography, the sound design and the unique pace, comprising the unparalleled, enchanting aesthetics of the film. Both Agata and Lynx seem to disappear at times, both on their own and together, in the depth of the untouched, wild natural landscapes. Nature seems to play a very important role here and I could even say that at times it feels as if it serves like an unseen character or factor, setting the film’s pace in harmony with the light, wind, the sea, the mountains in an almost transcendental choreography of people, space and time. Also, by masterfully balancing elements of mystery and suspense with tenderness and emotion the film defies genres and easy categorisations, to create its own unique style and atmosphere. A real gem of a film, it is an impressive debut by Laura Samani and the mark of a talented and promising filmmaker which should not be missed.

For further information and tickets: https://whatson.bfi.org.uk/lff/Online/default.asp?BOparam::WScontent::loadArticle::permalink=smallbody