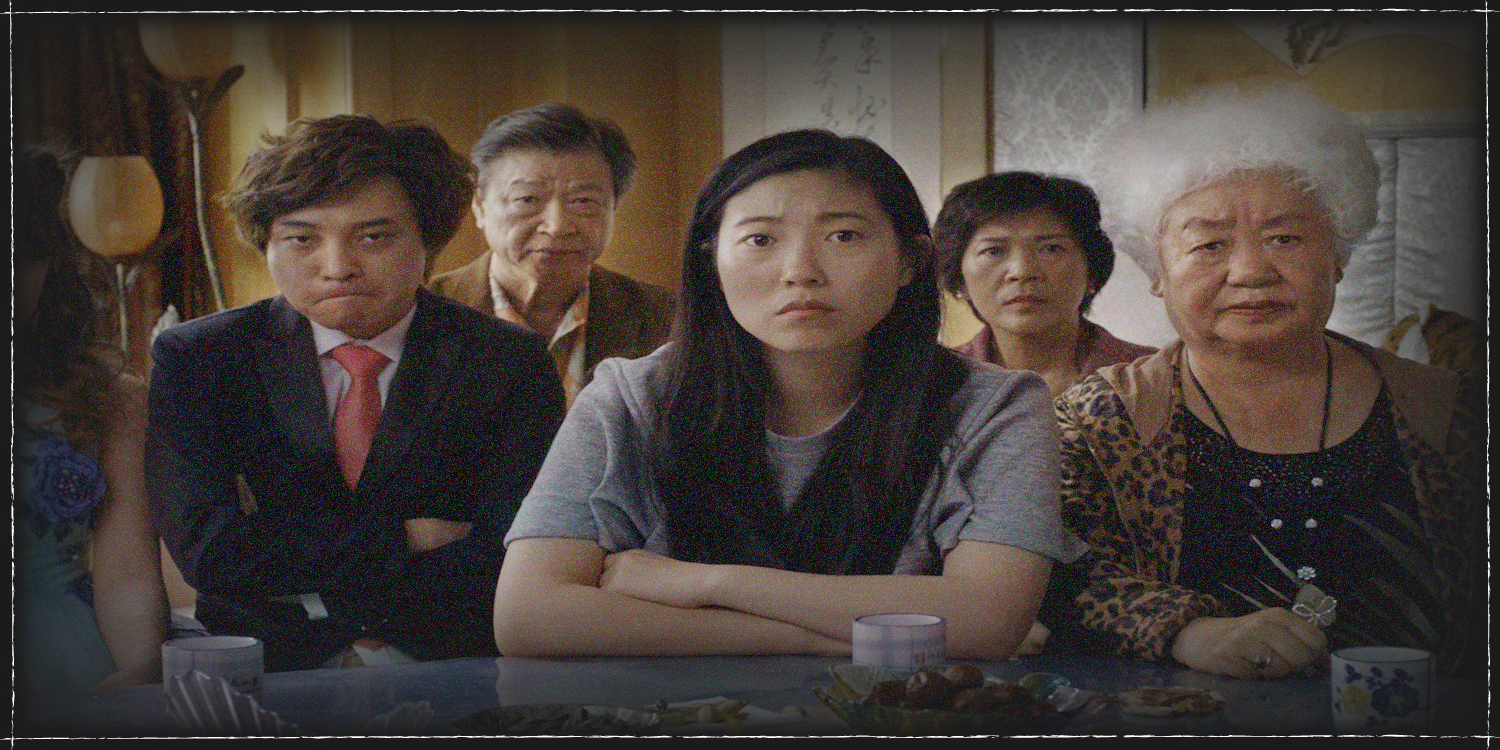 Lulu Wang’s semi-autobiographical film, is a refreshing, heartfelt and cathartic tale about the turbulent and bittersweet exploration of all the shades reflected on one’s identity: self, family, and cultural influences. With a good sense of humour which works on multiple levels, ranging from the dialogue to the compelling performances of the entire cast and particularly Awkwafina who masterfully carries the film, Wang delivers not only an enjoyable cinematic experience, but also an interesting instalment in the cultural imaginaries of citizens of the world navigating through their multi-cultural heritage and family love.

“Based on an actual lie” Wang’s second feature film narrates the adventurous journey which Billy has no option but to embark on, when she discovers that her beloved “Nai Nai”, her grandmother, is diagnosed with terminal cancer.  The matriarch of the family is oblivious to the seriousness of her condition and her family intend to keep her in the dark, following an old Chinese tradition. They decide to organise an impromptu wedding of Billy’s cousin so that the entire family have an excuse to gather around the maternal home and spend some time with Nai Nai. Billy however, a writer who is trying to overcome a variety of personal challenges, is struggling to agree with this plan. Trying to survive in New York on a shoestring budget and having just been turned down for a Guggenheim Fellowship, she finds herself in a serious predicament. Nevertheless, she keeps her situation to herself and decides to join her family in China despite having been advised not to, for fear she might show her sadness and put the entire “Operation Wedding” at risk.  Her homecoming allows her to revisit not just the people and places she had loved as a child before migrating to the USA, but also rekindle the ties with her family, her Chinese heritage, the hopes, dreams and aspirations she once had.

Awkwafina, known for her career as a rapper and her role in the sitcom Crazy Rich Asians, delivers a fresh and nuanced performance as Billy, which carries the film form the opening right through to the closing scene. By approaching the real life story of Lulu Wang with care and infusing elements of her own personality she gives the appropriate depth to the character injecting an essential light-heartedness, which makes her stand out. Her comic talent shines through the tender, complicated and challenging journey to self-awareness which she manages to complete. She brilliantly expresses the fine balance between the internal struggles of a young artist trying to emerge in the scene, the agony and heartbreak stemming from her grandmother’s illness and the surrealism organically accompanying family reunions.

There is certainly a lot of heart in the way Wang directed the actors, all of whom deliver naturally warm and tender performances which imbue the family structure with life and pure energy, not least because the writer and filmmaker has drawn on her personal life experiences to create the characters and her great aunt in real life (Lu Hong) is playing herself (Little Nai Nai). A personal experience of complicated relationships, white lies, challenges and tough compromises unravels, at the dinner table in such an honest way that resonates with audiences globally. The meal at Nai Nai’s does not only illustrate the generational gaps, differences in ideology, lifestyle, expression of affection and levels of inconvenience each family member experiences in their effort to conceal their sorrow about Nai Nai’s ill health with the “Operation Wedding”. It doesn’t just bring to the fore the different senses of nostalgia, the conceptions and misconceptions which Billy, her Chinese-Japanese cousin and their parents develop, as first and second generation immigrants respectively, about the socio-political and cultural structures they left behind, their relationship with their adoptive country and the trade-offs to which they concede on a daily basis. It also serves as the catalyst for family dynamics to be expressed, uncomfortable associations to be acknowledged, antagonistic attitudes to be uttered so that an innocent but unbearable lie leads each character to their own type of catharsis. In that sense, the film transcends geographic boundaries and becomes a cinematic experience with a universal appeal.

Investing in a humorous and original take on all the cliché stereotypes highlighting the differences between East and West from the outset, Wang skilfully sets the authentic tone of the film and resists giving in to a glossed-over version of her characters’ experience in order to make it more palatable for the realms of mainstream block-buster-readiness. There is certainly an amusing game going on with all the misconceptions being tackled head-on right from the beginning of the film and contributing to the plot. Billy is on the phone to her grandmother as she makes her way to her parents’ home and is advised to be careful because Nai Nai has heard that thieves in New York would go as far as to cut somebody’s ears in order to steal their earrings. Yet, despite all the criticism of their American experience, towards the end of the film it emerges that Billy’s youngest cousin will go to the USA to study. Amusement aside though, there is a feeling that the exploration of the impact of those anecdotes and stereotypes is done at the expense of a more complex plot structure and twists, which could have been developed and enabled the film to reach its true potential as The Wedding Banquet (Ang Lee, 1993) of the VOD generation.