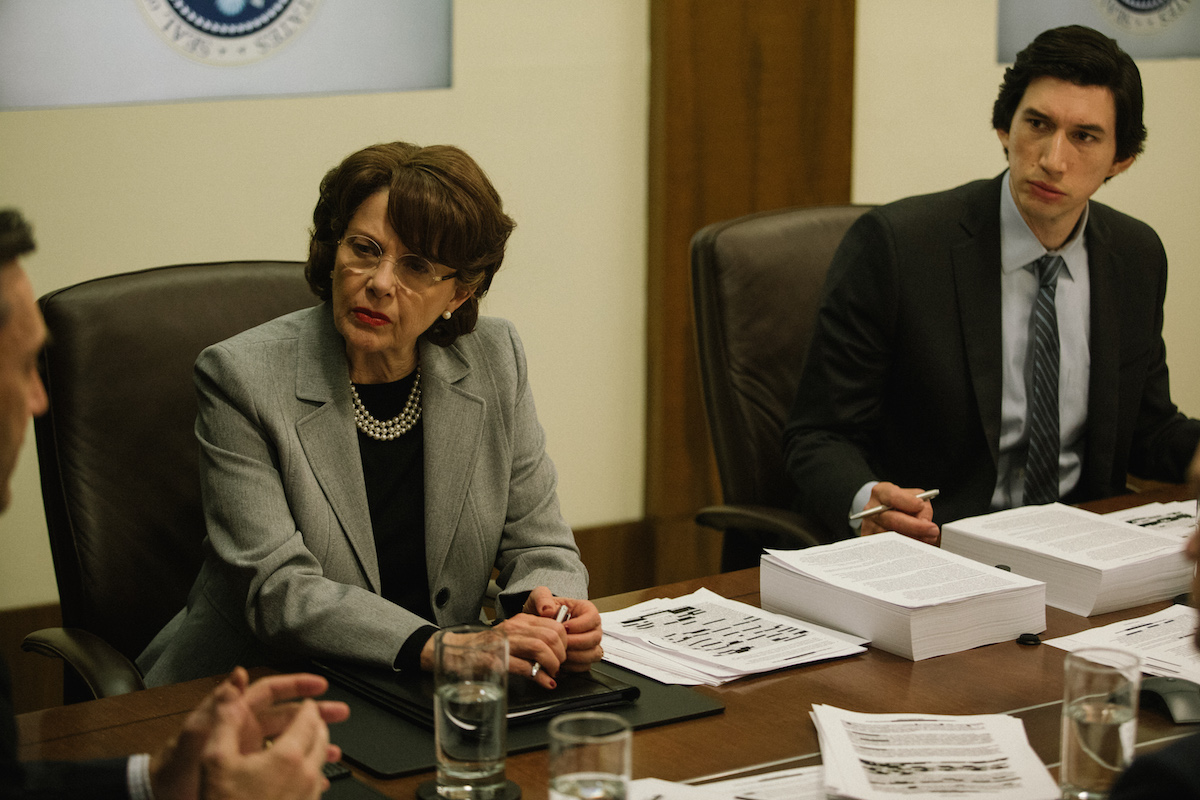 An utterly compelling, gripping drama. The Report is a testament of the integrity and valour in which the everyday person carries themselves. The real life story of USA Senate investigator Daniel J. Jones and his research into the controversial handling of the torturous, enhanced interrogation techniques, which had been employed during the war against terror, is documented every long step of the way.

Brilliantly delivered by Adam Driver, the central character leads viewers through an uncomfortable reflection process which culminates to a cerebral and cathartic story, following the tradition of US political thrillers of the 1970s such as All the Presidents’ Men (Pakula, 1976) or The Parallax View (Pakula, 1974), albeit encompassing VOD aesthetics. A disconcerting look into recent world history and its representations, The Report painstakingly recreates all the stages in due process, in a way that emanates an engaging mix of authentic documentation and urgency.

By embodying an austere, documentary-style visual identity which serves the accuracy, verisimilitude and representational integrity of the story, the film allows an organic account of the logistics of truth, ethics and their reconceptualisation potential to surface, in the context of particular socio-political and economic constructs. Even though the film is set in the early ‘00s the sense of temporality lies in the present tense. It is all unfolding here and now. It all results in a highly engaging drama, emerging through the pauses and static scenes and articulated via the phenomenal central performances by Adam Driver and Annette Benning.

The film opens with a young Daniel Jones being interviewed for a position with the intelligence services. A recent Harvard graduate who tries to embark on a fulfilling professional life in the aftermath of 9/11, Jones is determined to utilise his skills and intellect to drive positive change in line with his humanistic ideals. Unfortunately, he is rejected for the role.

He later finds himself working for Senator Dianne Feinstein, played by Annette Benning, and is assigned to lead the investigation of the Detention and Interrogation Program which was devised and implemented by CIA during the war against terror. Driven by his personal sense of duty and due diligence, his humanistic ideals and values he starts collecting data meticulously, reviewing classified files and appraising reports critically, questioning the practices and decisions of the entire political and jurisprudential infrastructure of the country.

The more evidence of torture he finds, the more controversial techniques he discovers being surreptitiously integrated in the modus operandi of various divisions, the more determined he becomes to address the Kafkaesque indoctrination of civil servants turning sour. Deeply affected and disturbed by his findings, Jones becomes obsessed. He wants to uncover the full extent of the conscious or unconscious attempt to intellectualise torture and practices undermining the very essence of humanity under the guise of bureaucracy and protection of the public, for political gain. He works tirelessly to compile the 6.3 thousand pages “Committee Study Of The Central Intelligence Agency’s Detention And Interrogation Program”, the largest report of its kind in the history of the USA Senate.

There is a sense of closure as the report is eventually released and Jones appears to stroll around Capitol Hill imbued with a feeling of lightness: Less things to worry about; less people to convince that they need to consult the report; less friends and people surrounding him. That being said, this is not the story of a "staffer" managing to correct political and administrative crimes by virtue of his loyalty and determination. It is rather the tumultuous journey of a person who becomes disillusioned with the very belief system and human infrastructure he chose to serve and opens up to accept a revision, not only of said system but also of the hereditary characteristics he acquired as a member of that very system.

Adam Driver's performance is phenomenal. By embodying a conflicted collective journey from the representation of a post 9/11 loss of innocence to a post-Snowden reappraisal of ethics with such mastery and versatility, the acclaimed actor totally carries this cerebral and cathartic cinematic experience with passion and fearlessness. 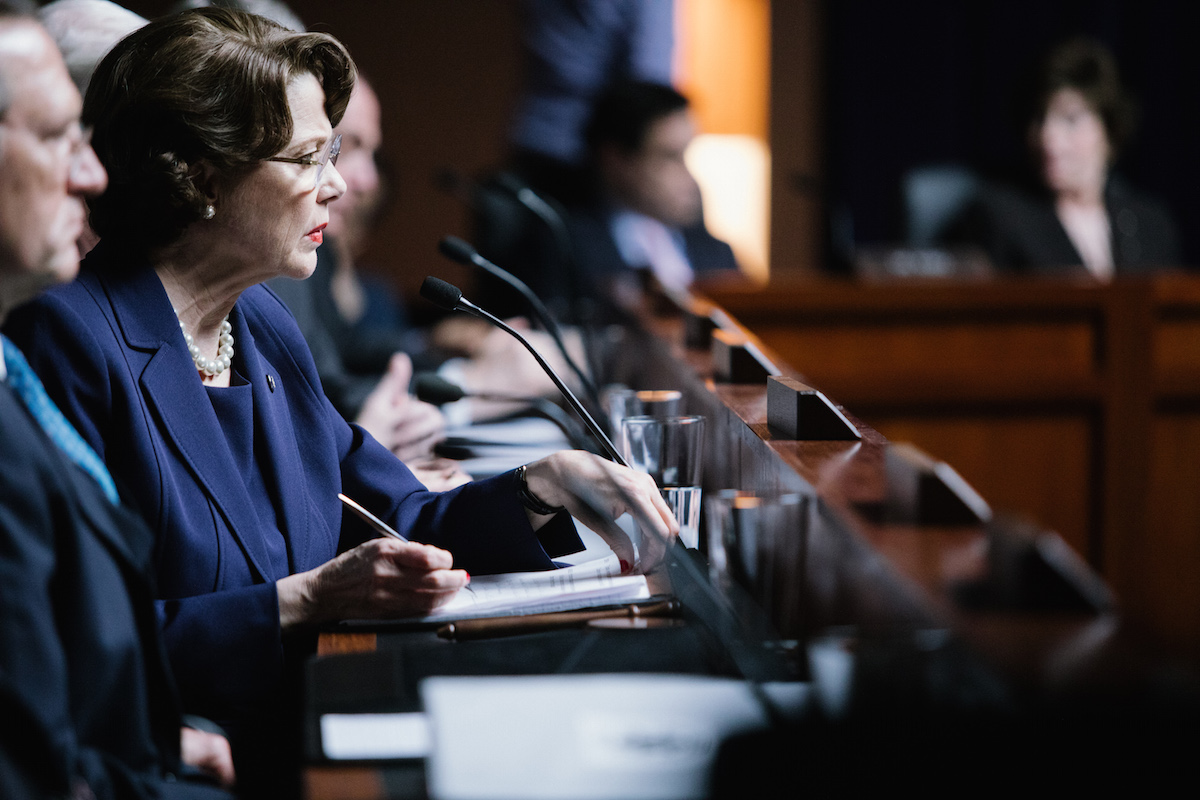 Annette Benning delivers an equally compelling performance as Senator Dianne Feinstein. She portrays the uneasy journey of an established official honoring designated procedures to commissioning an investigation which could endanger her entire career, with remarkable thoughtfulness and dexterity. Under her steely blue eyes and natural calmness under pressure -a virtue clearly acquired through a long time of honoring positions of responsibility with appropriate decorum, lies an internal conflict between her honour and her assessment of how low the sword of Damocles is hanging over her head.

Without sparing viewers of any of the blood-soaked details of the brutal methods employed during the interrogations, the film offers an uncomfortable visualisation of all the exclusive descriptions, accounts and reports which dominated the global news and political debate in recent years. Yet the brute psychological force emanating from those who look and don’t act, namely all the officers and agents witnessing the detention and interrogation methods and keep following orders, is perhaps both the most disturbing and powerful element in the film. At the same time it is also one of the most valuable contributions in the whole debate around various iterations of what could be described under the umbrella term ethics 2.0, a set of reconceptualised notions of ethics presenting intertextuality in the post-digital loci, but emerging through seemingly fragmented contexts. What it all comes down to is what kind of person each of us wants to be. And how we can hold on to this person despite challenges and adversity. That alone is enough a reason to watch the film.

Notwithstanding this, there is a sense that the story develops in a confined, almost airtight space which intriguing though it is, as viewers get to fully empathise with the characters' journey, it becomes static at times and leads to a compromise of the cinematic potential of the film. It is the investigation itself and its urgency which carries the film after a certain point, acting as an unseen character, dictating what others should or should not do or how they should carry themselves. Aesthetically it is closer to a VOD-imagined cinematic space rather than the engaging pace and inherent depth of Pakula's political thrillers upon which it draws, even though both worlds are present. In other words, the expectation of a more nuanced narrative, shedding a light on the multiple layers of the central characters' personalities and motivations is not fulfilled, as it is down to the characters themselves to state or reveal their intentions and motivations rather than the frames and camera moves intimating it. This choice is perhaps a result of the limited time available to complete the film. It is indeed remarkable that Scott Z. Burns, his cast and crew were able to finish shooting in just 26 days and produce this outstanding result. On that note it is worth iterating that despite its flaws, The Report is an originally compelling film. An honest, authentic and essential contribution to the political thriller genre, which links it back to its roots and shapes its contemporary form.

The Report is released in UK cinemas on 15 November 2019.

It is streaming on Amazon Prime Video from 29 November 2019