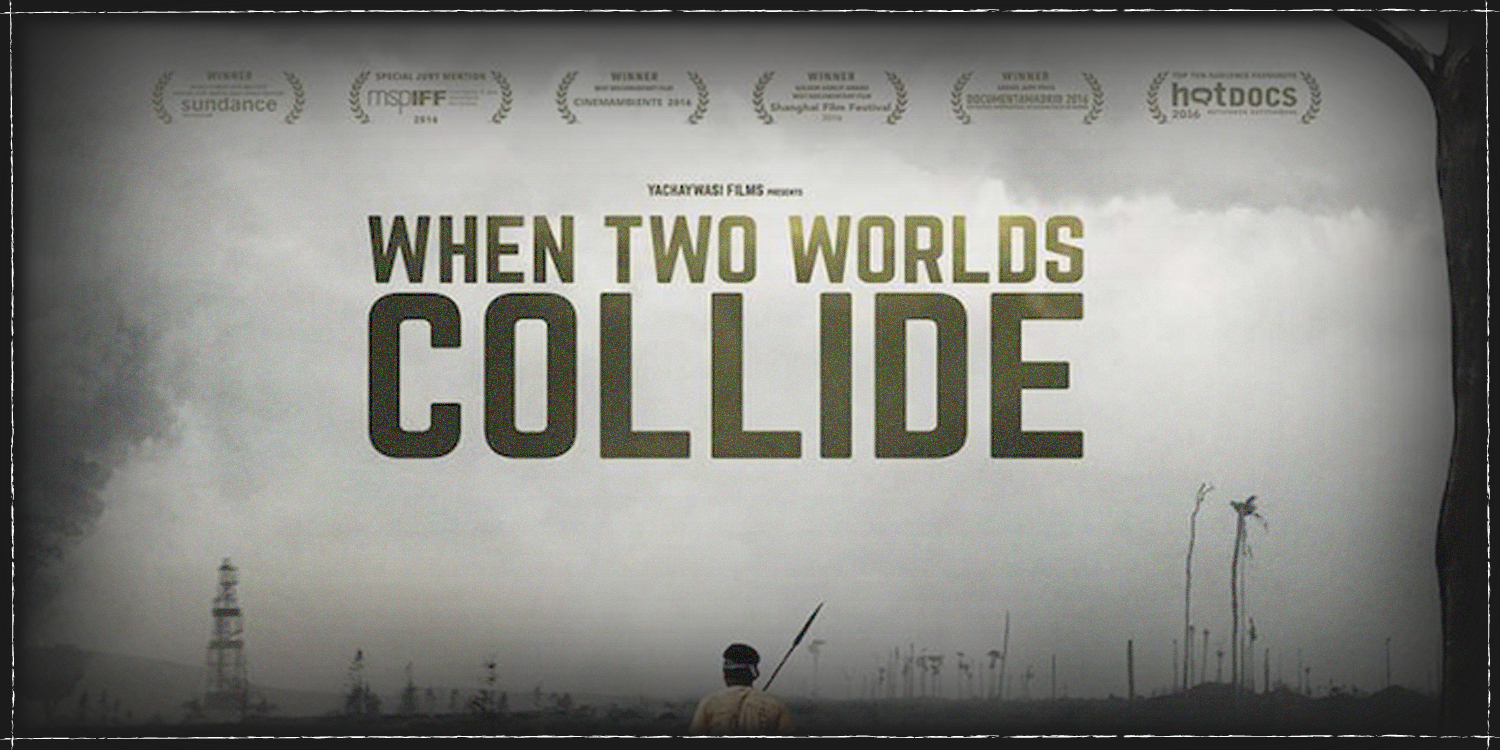 A visually arresting opening sequence depicting the peaceful evergreen scenery of the Amazonian rainforest sets the tone of this film. The leaves of tropical trees and plants seem to dance along with the narrator as he passes through the undergrowth, the surreptitious chirping of birds hiding in human presence, clashing against the gushing sound of the glorious Amazon river accompanied by the wind composing a unique symphony, clearly establishing what this film is about: Nature.

In its human form it has been so ‘"ungrateful over recent years towards the natural gifts” described above, says narrator Alberto Pizango, president of the AIDESEP (Interethnic Association for the Development of the Peruvian Rainforest), to the extent that the hubris caused by the constant drilling for oil and minerals by multinational companies has catastrophic consequences. The Peruvian banks of the Amazon river, heavily contaminated with crude oil means the food chain is severely affected and the approximately 350,000 indigenous people, who have inhabited the rainforest for centuries are now facing serious health problems.

Private companies’ exploitation of the natural resources, with the consent of the Peruvian government, poses a serious threat to their land and more importantly their way of life, which under the scandalous Law 1090, which states the land could be reclaimed by the State and privatised, the indigenous people of the Amazonian rainforest began the so-called protest of 2009.

Using media archive footage, as well as cell phone and Go-Pro camera recordings both from the indigenous and the Police’s side, the film tries to present a balanced account of the notorious incidents that led to this major political crisis of 2009, with the Peruvian government holding a fake parliamentary debate about the contentious Law 1090 and immediately declaring a state of emergency in the areas controlled by protesters, who respond with insurgency. Featuring actual clashes between the police and protesters, calculated shootings and gruesome murders one can’t help but feel strongly about the situation the indigenous people find themselves in.

The indigenous people were undoubtedly the victors of the “collision of the two worlds”, when Alberto Pizango was granted political asylum in Nicaragua and the Peruvian government was forced to find a political solution to the problem. They also succeeded in internationalising the issue and gaining the support of well known activists and influencers, including Hollywood star Q-orianka Kilcher, who is, herself of Peruvian indigenous descent.

The film leaves us with a bittersweet aftertaste of that victory which is cleverly blended into one of the strongest and most upsetting stories in the documentary. Desperate to find out what happened to his police officer son, kidnapped four years earlier by the protestors and marched into the bush, the aggrieved father drops all charges and arranges a meeting with one of the indigenous investigators. The rendezvous, hastily arranged in an almost bare hotel room, the investigators’ voice reverberating through the walls, offering a detailed account of how and where the police officer was captured, killed, dismembered and finally thrown into the river is a brutal and heartfelt indictment. At that very moment the clash between the “two worlds” seemed to somewhat fade away. Nature and their nature, had unequivocally changed.

Could all of this have been avoided? Why hadn’t there been a dialogue in place to develop a respectful, symbiotic existence between these “two worlds”, the traditional land-borne, possibly backward indigenous way of life and that of the western-styled, capitalist that seeks profit from any available resource? That’s exactly what the main characters were left asking themselves and each other in Heidi Brandenburg and Mathew Orzel's well documented and powerful film -a first feature length documentary for both advocates of environmental justice, who have clearly made a very promising breakthrough with this sensitive and engaging exploration of human nature. Meanwhile the continuous deforestation and exploitation of the rainforest’s resources howl out for an updated instalment on the subject.