The narrative starts in a shabby taxi office. Narsingh (Soumitra Chatterjee), a semi alcoholic taxi driver whose wife has just left him is being consoled by a colleague who advises him to move on and join him in a partnership. But Narsingh silently rejects the idea. We later discover it is because he hails from a warrior caste and doesn't want to remain a taxi driver all his life- he has designs on escaping the chains of his creed and becoming a gentleman.

A little later Narsingh aggressively overtakes another taxi only to discover that the passenger is the city official who issues licences. Taxi licence suspended and no other means of an income, Narsingh now has no choice but to leave the city. He decides to leave and set up in a small Bengal town and on the way stops at the scene of an accident and agrees to carry the passenger into town. The passenger, who happens to be the local big wig, discusses how to make money as a taxi driver and persuades Narsingh to become a trafficker of illicit goods. He rents him a room and almost at once is visited by Gulabi (Waheeda Rehman), the bigwig’s concubine and former prostitute who is immediately taken with Narsingh, believing him to be a pure and honest working man unlike her patron, "You had a woman stay in your room and did not touch her". However Narsingh has other ideas after having recently befriended Joseph, an eager fellow taxi driver and becoming enchanted with his beautiful sister Neeli (Ruma Guha Thakurta). Both Joseph and Neeli hail from a low caste and see Christianity as offering a path to equality, Neeli regularly attends church and teaches English to local schoolchildren. Narsingh gives up drinking and takes up English lessons in an effort to become a clean-living gentleman and even gets into a fight in a local bar whilst defending her honour against the gossip of local tradesmen. However unbeknownst to Narsingh, Neeli is in love with a local disabled man and he is later devastated when she secretly asks him to help her elope with her lover. Narsingh starts drinking again and drunkenly gives in to the advances of Gulabi who willingly accepts his flaws. Narsingh then accepts an offer to transport drugs in exchange for becoming a partner in a new trucking company, which means selling his beloved Chrysler car as his part of the investment and backtracking on a promise to his loyal mechanic and servant who looks up to him. However on the way to deliver the contraband his car breaks down and Jospeh is horrified when he comes across the stricken vehicle and discovers Narsingh’s involvement in the criminal world. Narsingh is ashamed and after a physical altercation with Joseph in the midst of a mysterious rock formation where local legend says evil will be removed, Narsingh somehow finds his conscience and returns the drugs and decides to leave the village altogether, taking Gulabi away with him. 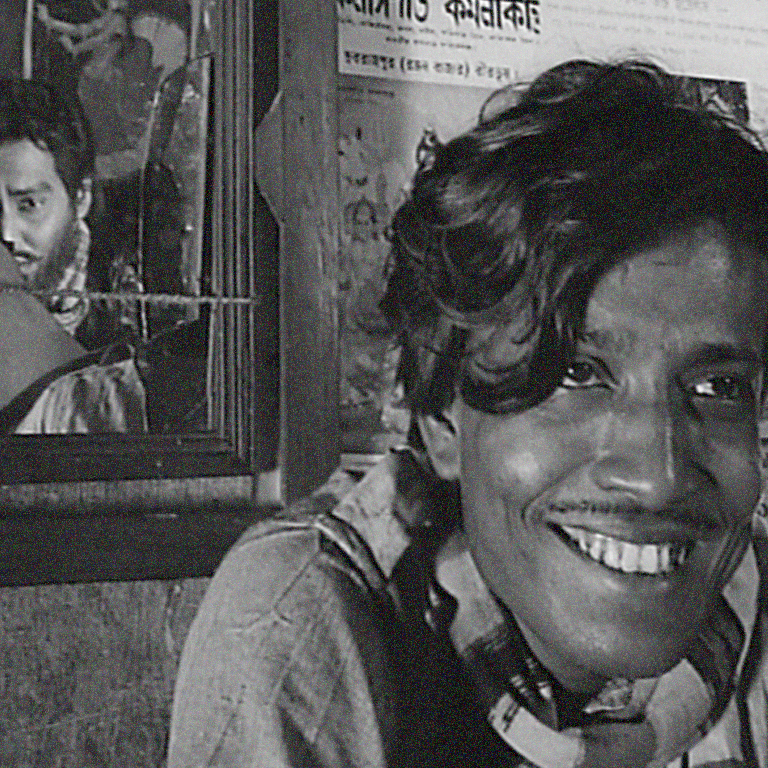 Satyajit Ray is quite rightly lamented as one of India's greatest film directors and this film has been largely ignored, labelled as a second-rate project thrown together after the failure of his previous two films. But as is my wont I will beg to counter these summations. It is clear that its commercial sensibility seats it outside Ray's more cerebral and academic works, but viewing the film it is equally clear that far from thrown together, there is a flamboyant filmmaker's craft behind this 1962 narrative film. There is much evidence plastered on the screen in very carefully contrived action and dramatic sequences that are testament to its time and place. Ray, who wrote the script based on a novel by Tarasankar Bannerjee and scored the music as well as producing and directing, tackles some core themes in Indian culture just fifteen years after its independence from colonial Britain. It could not have been easy thrusting themes such as patriarchy, feminist emancipation, religion, ambition and even today, the incomprehensible caste system into a plot-driven story of redemption. But this what has been done and done well with a distinct production value.

An imaginatively shot car chase when Narsingh attempts to outrun a train sets up the action of Narsingh’s world and his risk-taking determination. One almost feels as though you are a passenger in the vehicle as it speeds over the dry tundra. The smugness of beating the train is not enough for this proud man trapped by his own ambition. There was something of the western about him, earnestly played by long term collaborator Soumitra Chatterjee, this good-looking, enigmatic man with no name in command of the landscape, yet unsure of his place within it. His inevitable firing and the humiliation of being thrown out of the licencing office is shrugged off to Rama, his mechanic and side man wonderfully played by Roba Ghosh- they are going on a new adventure, leaving the bustling city to end up in a semi rural village. As Narsingh slowly ingests himself into his new scape with the twists of what is, ostensibly, a simple uncomplicated plot, we begin to get into the minutiae of his dilemma, his absolute need to build himself into a gentleman-rightly or wrongly- and we find ourselves locked into Ray’s narrative web of a man sandwiched by two beautiful women, one angelic, the other tainted by her past and his own desire for salvation. The empathy here is palpable and we, pawn spectators, cannot tear our eyes away from the scratchy, grainy 35-mm archive print that transmits the beauty of celluloid in each frame as it expresses the social-cultural history of an aspiring nation. From the opening shot that introduces Narsingh in a broken, fractured mirror - suggesting an unholy character, seen through reflection, a fragment of a man -  a long, academically inspired take, natural but seemingly cinematic; to the great car chase sequences, our damaged hero intensely focused, driven, one might say, all with Hitchcockian flair; and exquisitely plotted, overwrought monologue scenes- Gulabi’s revelation of her post suicidal existence is excellent- we know we are in the hands of an ace storyteller.

This is an enthralling post-war narrative borne of a master craftsman working with limited resources and yet still able to pull together something that forty years later can captivate a technically sophisticated audience who must be warned beforehand that there's going to be scratches on the screen - that they must be prepared to supplicate themselves for an artform whereby anything less than perfect is not to be tolerated- the imperfect in search of a perfection that might cast shadow over their complex contra-facades. Which brings us neatly back to Narsingh and Gulabi, undeniably characters of our times readily captured by a wonderful filmmaker. It has been much vaunted that The Expedition inspired Martin Scorsese’s Taxi Driver and of course it makes a good yarn, but where does screenwriter Paul Schrader fit into this anecdote? Narsingh and Travis Bickle are indeed taxi drivers and both become involved with a prostitute- that’s where the similarities end in casting but both films share other traits, such as a gifted director and the masterly production of a majestic cinematic treat.