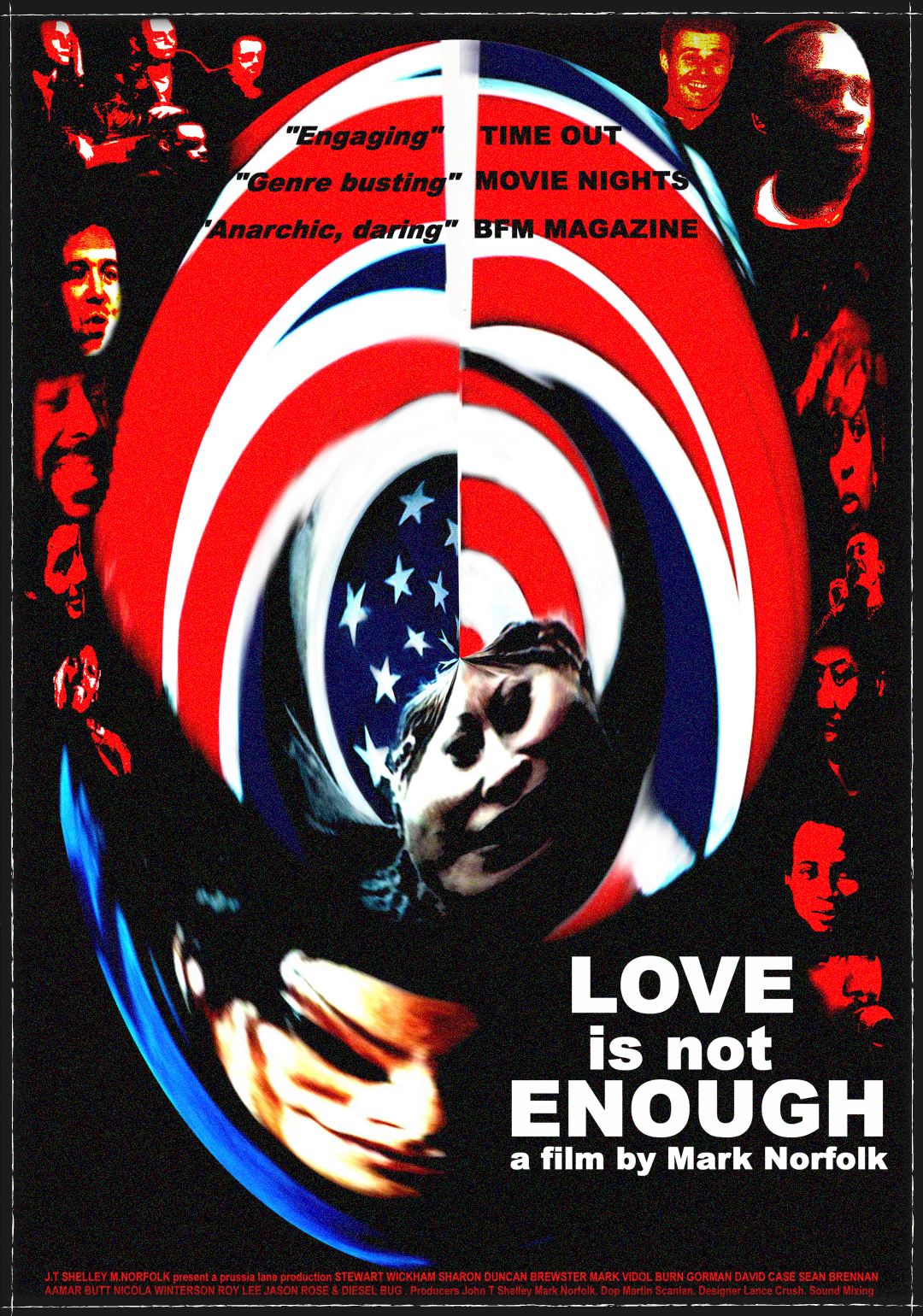 Love is not enough

Love is not enough

A DIY indie filmmaker is given a commission to make a pop video for an unsigned Welsh pop group, but takes the money and attempts to complete his own long term film project. He takes to the road and tries to re-engage his old cast but finds them no longer interested in the film. Things go from bad to worse when the crew he has managed to recruit also decide to bail out. This is a film about perseverance in the face of adversity.

It's the evening before 9/11 at the Curzon Cinema in Soho, London's leading arthouse venue where a tiny independent movie is about to have its world premiere screening to a sold out auditorium... the rest, as they say, is history.