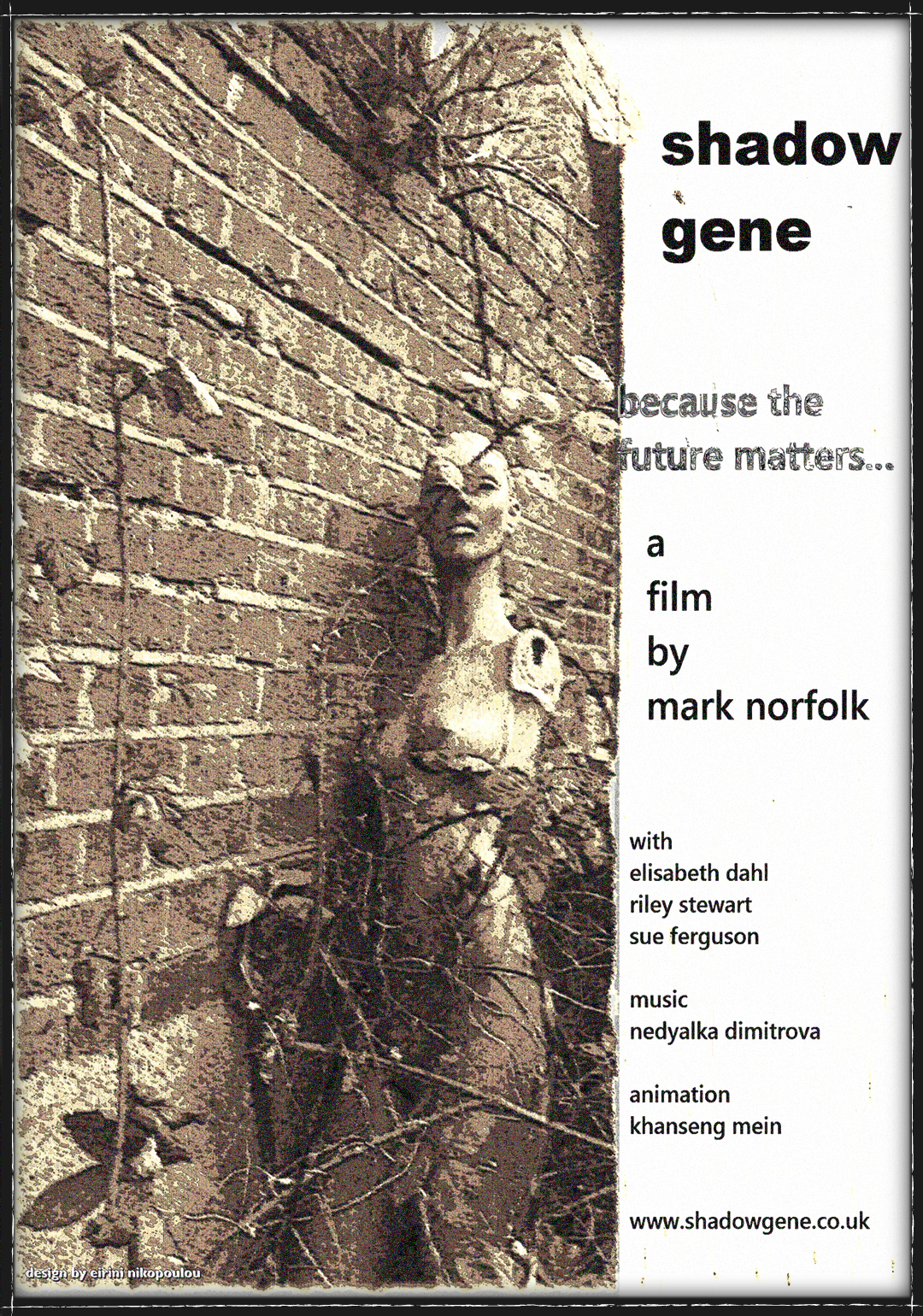 A beautiful female assassin on a mission to destroy a destructive gene in men uncovers a murky world of corporate greed and discovers that her fate is shared with that of her victims. As events unfold she is thrown headlong into an unlikely catharsis that uncovers fundamental aspects of corporate greed from the time of nineteenth century Luddites to the recent ‘Occupy’ movement. Meanwhile, the gene thrives, quietly inducing its bearers to continue showing contempt for human nature.

The film is an important aesthetic representation of the anti-heroine using live action film, animation, photographs and graphics to underline its wholly experimental character. Analogue driven, it has been produced with a micro crew and cast, boasting hand-drawn animation and graphics, printed photographs, reclaimed 16mm and S8mm film stock. The original sparse piano score compliments the strands of the narrative.