12 Years A Slave - A Film by Steve McQueen 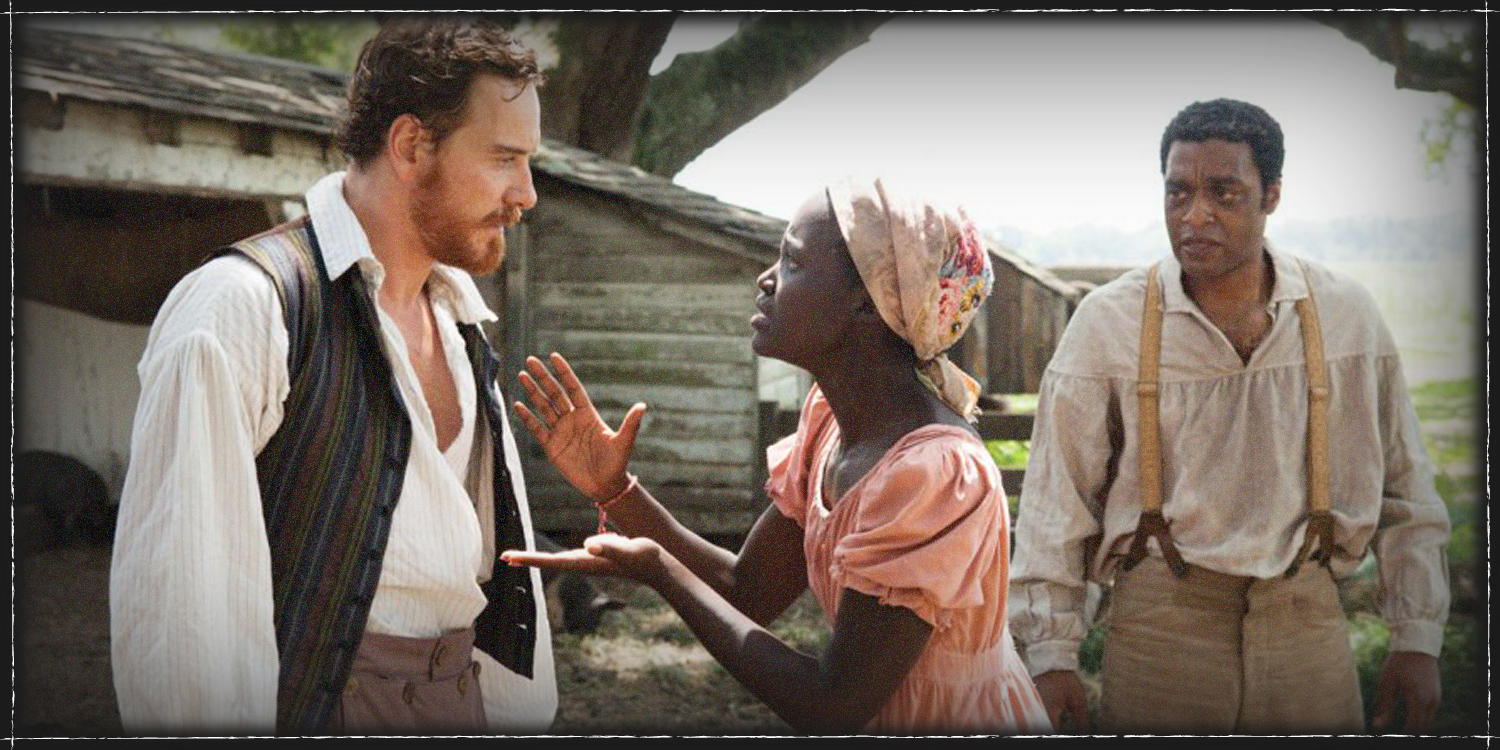 Using the “Shame” of one the most gruesome institutions in the history of mankind, racial injustice and slavery, as his canvas Steve McQueen goes beyond from depicting the “Hunger” for life, dignity and freedom to create an art expression of human strength, emotional stamina and survival in one of the most powerful stories of the year.

Based on his autobiography written in 1853 the film follows Solomon’s journey from his quiet life as an artist and family man in Saratoga, New York to his being abducted, sold three times as a slave and being held for 12 years in captivity until he is finally freed. While his story unfolds we are introduced to the situation in pre-Civil War United States where the word of African-Americans didn’t enjoy any legal currency, enslaved people were treated like “livestock” and racist slave owners’ crimes against humanity were not considered as such because “The Lord recognizes man’s right to do what they want with their property”, as Edwin Epps (played by Michael Fassbender) admits.

What in the beginning appears as an orchestrated performance and over stylized depiction of en era which makes it more about the production quality and less about the story itself, gradually picks up all the essential elements of skillful storytelling to “bring the tones down” to a more realistic approach and allow drama itself to take the lead, supported by and not overshadowed by the stunning visuals and cinematography or the all-star cast.

Even if long scenes of physical violence are more than expected in this film, some of them (ie Patsey’s whipping) are far too long and intense not to be considered as exploiting our sentimentalism. On the other hand though, some kind of balance is achieved through unimaginable scenes of cruelty, which rather surprise us when realistically interrupting long sequences (as in Steve McQueen’s previous films “Shame” and “Hunger” as well), which we had become familiar with. These scenes effectively carry the film’s message across and create its identity, overwhelmingly portraying the way in which the imbued racist attitude combined with the characters’ weaknesses can actually lead to unimaginable acts of violence.

Another compelling element that allows the film’s formation to a solid body is the semiology of social and historical references on a second narrative level. Steve McQueen cleverly implies, avoiding to put on the forefront, issues like: the treatment of children and especially young girls in captivity, the value of enslaved women, the misuse of psychological power, the imposition of humiliating attitudes and mentalities, the monetary and class related value of slavery, and last but not least the attitude of the rest of the world (i.e. Canada as portrayed in Brad Pitt’s performance) towards it.

Apart from Chiwetel Ejiofor’s performance, which led him to an Oscar nomination, and the expectedly remarkable presence of Paul Dano, Paul Giamatti and Brad Pitt, Lupita Nyong’o who plays Patsey, simply marks an amazing breakthrough performance. There is no doubt that it is going to be the essential basis for her future acting career.