Frank - A Band’s D(eath) By SW In An Alternative Cinematic Gem. 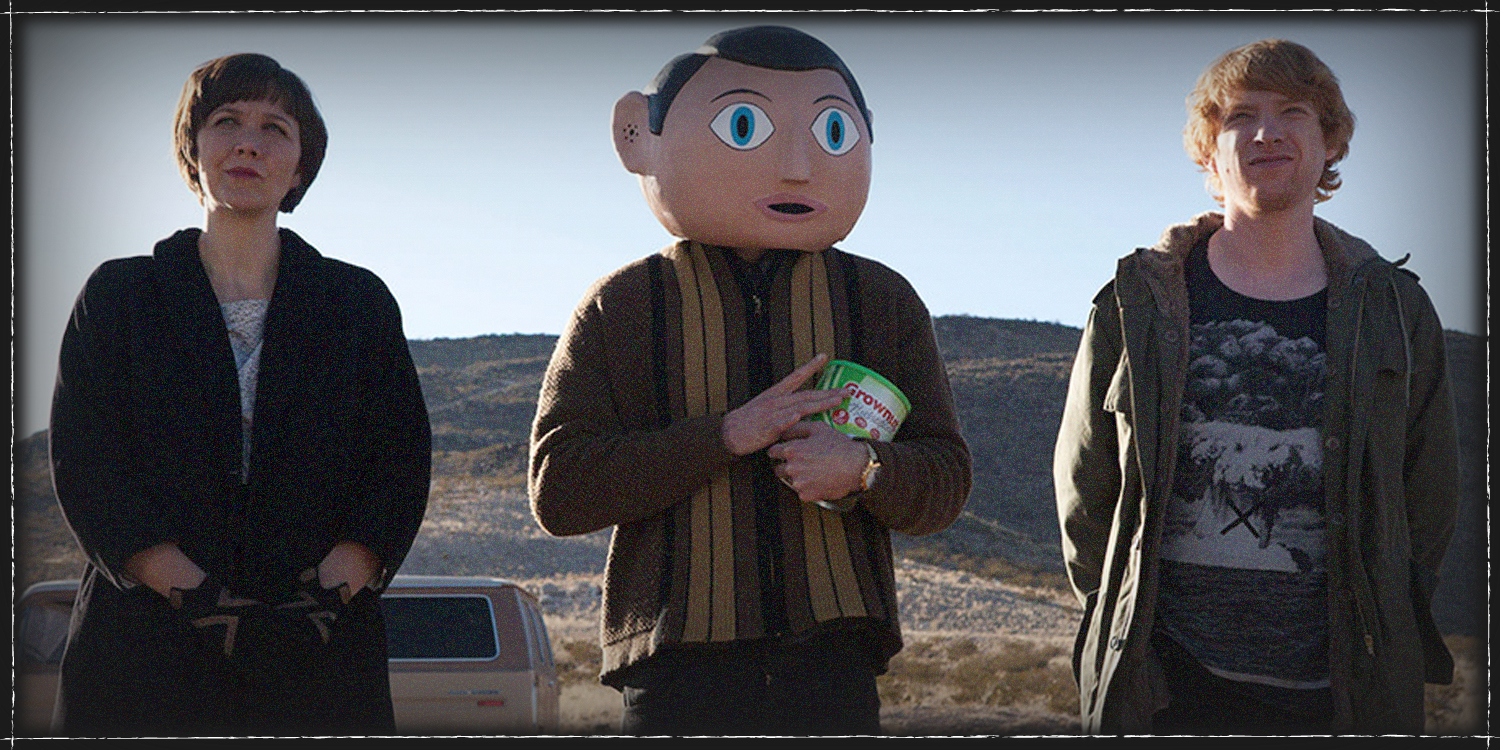 In a world where a live gig can make you or break you, the effective social media strategy can provide you with audience to that gig and a frontman/woman can put you in their hearts forever, Lenny Abrahamson explores through his brilliant, alternative comedy filled with witty humor, musical references and subtle sarcasm towards the hipster, an avant-garde band’s rough journey to an adventurous gig at SXSW, some minutes of stardom and their break up.

Soronprfbs have a name that hardly anyone can pronounce, keyboardists who commit suicide one after the other, a French bass player, Carla Azar- who used to be Jack White’s  drummer in real life and Maggie Gyllenhaal playing the Theremin. Most importantly, their frontman Frank, is never seen without his gigantic fiberglass head, underneath which Michael Fassbender actually sings, thinks and struggles with mental illness, proving his artistic versatility without even showing his face. When wanna-be musician John joins them, the band will unknowingly become a youtube sensation due to the new member’s close relationship with the band’s digital footprint on social media rather than the group itself. By the time they get to perform live at SXSW Clara (Maggie Gyllenhaal) is charged with assault for stabbing John, while the other band members walk away.

Using the signature head of Frank Sidebottom, alter ego of the British avant-garde musician Chris Sievey, the film doesn’t only serve as homage to this artist but also as a celebration of all outcasts and troubled souls who have found shelter in music and art.  Balancing ideally all the artists’ self-indulgent surrealism with issues like digital identity trying to dominate the physical one (Everyday Robots as Gorillaz’s Damon Albarn would put it), or marketable alternative intelligentsia as opposed to genuine artistic creation, the film is a true cinematic and musical gem. One of the most anticipated and well received films during Sundance London film Festival, Frank experiments with genres just like the Soronprfbs experiment with tones and notes and manages to create its own distinctive style.

Visually captivating with a brilliant use of light which in certain sequences highlights and in certain others obscures emotions, intentions and Frank’s gigantic head the film skilfully makes us delve into its unconventional beauty and uncompromising tenderness. At the same time it manages to tackle all “of monsters and men” film etiquettes which could be associated to its very theme and set its own tone towards catharsis.

Beware: The closing scene’s performance of the song “I Love You All” by Michael Fassbender will put the whole film in a 3.51 min nutshell and stick with you well after the credits roll and you exit the theatre.

Opening in the UK on May 9th.